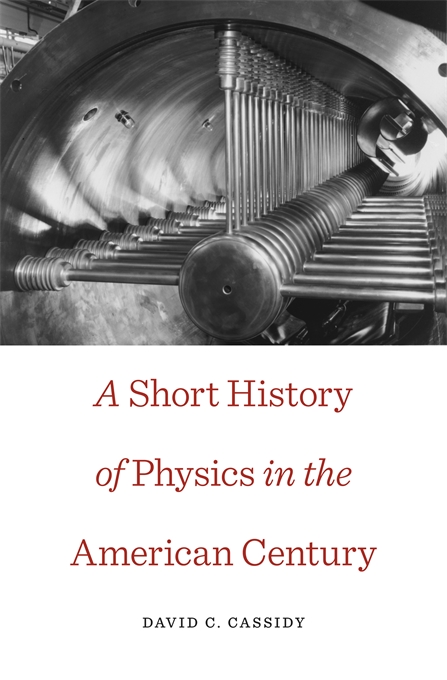 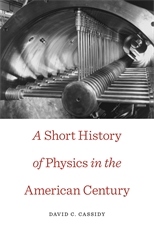 A Short History of Physics in the American Century

As the twentieth century drew to a close, computers, the Internet, and nanotechnology were central to modern American life. Yet the advances in physics underlying these applications are poorly understood and widely underappreciated by U.S. citizens today. In this concise overview, David C. Cassidy sharpens our perspective on modern physics by viewing this foundational science through the lens of America’s engagement with the political events of a tumultuous century.

American physics first stirred in the 1890s—around the time x-rays and radioactivity were discovered in Germany—with the founding of graduate schools on the German model. Yet American research lagged behind the great European laboratories until highly effective domestic policies, together with the exodus of physicists from fascist countries, brought the nation into the first ranks of world research in the 1930s. The creation of the atomic bomb and radar during World War II ensured lavish government support for particle physics, along with computation, solid-state physics, and military communication. These advances facilitated space exploration and led to the global expansion of the Internet.

Well into the 1960s, physicists bolstered the United States’ international status, and the nation repaid the favor through massive outlays of federal, military, and philanthropic funding. But gradually America relinquished its postwar commitment to scientific leadership, and the nation found itself struggling to maintain a competitive edge in science education and research. Today, American physicists, relying primarily on industrial funding, must compete with smaller, scrappier nations intent on writing their own brief history of physics in the twenty-first century.