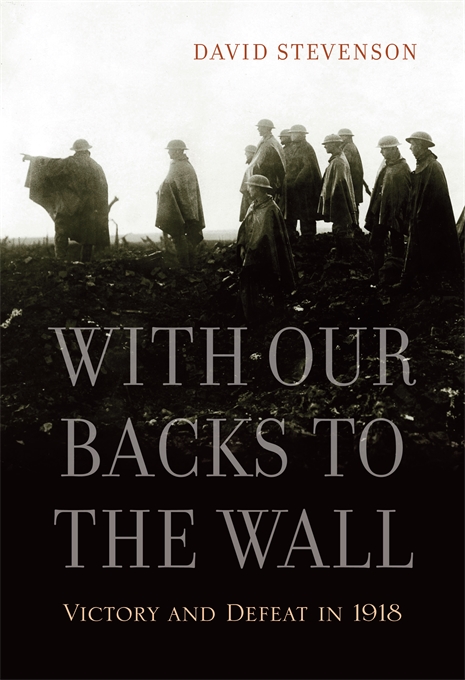 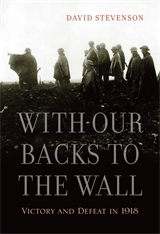 With Our Backs to the Wall

With so much at stake and so much already lost, why did World War I end with a whimper—an arrangement between two weary opponents to suspend hostilities? After more than four years of desperate fighting, with victories sometimes measured in feet and inches, why did the Allies reject the option of advancing into Germany in 1918 and taking Berlin? Most histories of the Great War focus on the avoidability of its beginning. This book brings a laser-like focus to its ominous end—the Allies’ incomplete victory, and the tragic ramifications for world peace just two decades later.

In the most comprehensive account to date of the conflict’s endgame, David Stevenson approaches the events of 1918 from a truly international perspective, examining the positions and perspectives of combatants on both sides, as well as the impact of the Russian Revolution. Stevenson pays close attention to America’s effort in its first twentieth-century war, including its naval and military contribution, army recruitment, industrial mobilization, and home-front politics. Alongside military and political developments, he adds new information about the crucial role of economics and logistics.

The Allies’ eventual success, Stevenson shows, was due to new organizational methods of managing men and materiel and to increased combat effectiveness resulting partly from technological innovation. These factors, combined with Germany’s disastrous military offensive in spring 1918, ensured an Allied victory—but not a conclusive German defeat.