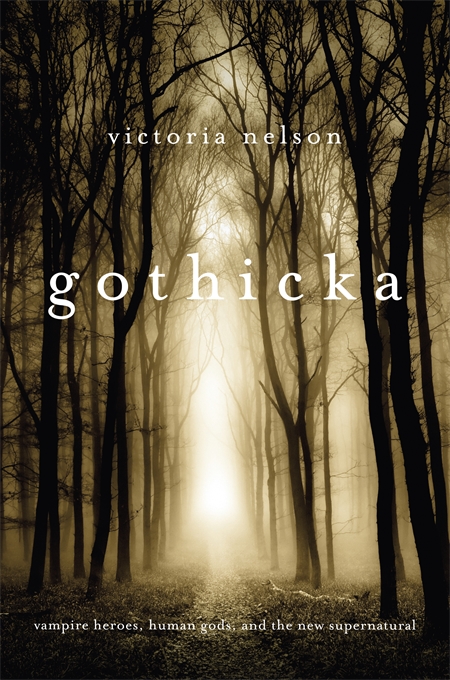 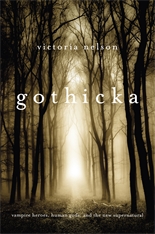 The Gothic, Romanticism’s gritty older sibling, has flourished in myriad permutations since the eighteenth century. In Gothicka, Victoria Nelson identifies the revolutionary turn it has taken in the twenty-first. Today’s Gothic has fashioned its monsters into heroes and its devils into angels. It is actively reviving supernaturalism in popular culture, not as an evil dimension divorced from ordinary human existence but as part of our daily lives.

To explain this millennial shift away from the traditionally dark Protestant post-Enlightenment Gothic, Nelson studies the complex arena of contemporary Gothic subgenres that take the form of novels, films, and graphic novels. She considers the work of Dan Brown and Stephenie Meyer, graphic novelists Mike Mignola and Garth Ennis, Christian writer William P. Young (author of The Shack), and filmmaker Guillermo del Toro. She considers twentieth-century Gothic masters H.P. Lovecraft, Anne Rice, and Stephen King in light of both their immediate ancestors in the eighteenth century and the original Gothic—the late medieval period from which Horace Walpole and his successors drew their inspiration.

Fictions such as the Twilight and Left Behind series do more than follow the conventions of the classic Gothic novel. They are radically reviving and reinventing the transcendental worldview that informed the West’s premodern era. As Jesus becomes mortal in The Da Vinci Code and the child Ofelia becomes a goddess in Pan’s Labyrinth, Nelson argues that this unprecedented mainstreaming of a spiritually driven supernaturalism is a harbinger of what a post-Christian religion in America might look like.