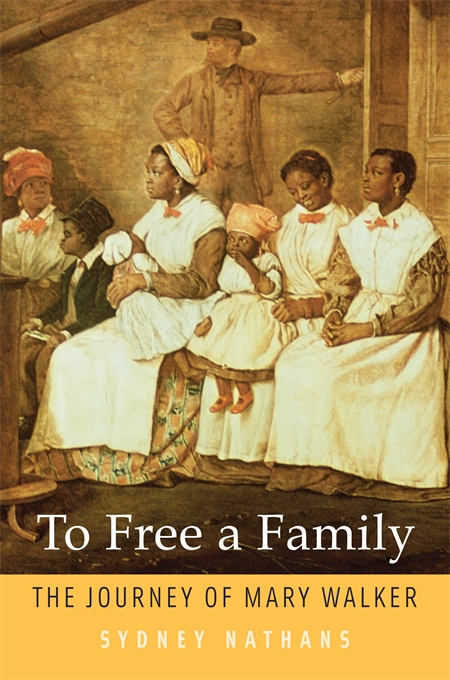 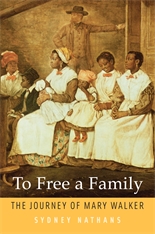 To Free a Family

The Journey of Mary Walker

What was it like for a mother to flee slavery, leaving her children behind? To Free a Family tells the remarkable story of Mary Walker, who in August 1848 fled her owner for refuge in the North and spent the next seventeen years trying to recover her family. Her freedom, like that of thousands who escaped from bondage, came at a great price—remorse at parting without a word, fear for her family’s fate.

This story is anchored in two extraordinary collections of letters and diaries, that of her former North Carolina slaveholders and that of the northern family—Susan and Peter Lesley—who protected and employed her. Sydney Nathans’ sensitive and penetrating narrative reveals Mary Walker’s remarkable persistence as well as the sustained collaboration of black and white abolitionists who assisted her. Mary Walker and the Lesleys ventured half a dozen attempts at liberation, from ransom to ruse to rescue, until the end of the Civil War reunited Mary Walker with her son and daughter.

Unlike her more famous counterparts—Harriet Tubman, Harriet Jacobs, and Sojourner Truth—who wrote their own narratives and whose public defiance made them heroines, Mary Walker’s efforts were protracted, wrenching, and private. Her odyssey was more representative of women refugees from bondage who labored secretly and behind the scenes to reclaim their families from the South. In recreating Mary Walker’s journey, To Free a Family gives voice to their hidden epic of emancipation and to an untold story of the Civil War era.