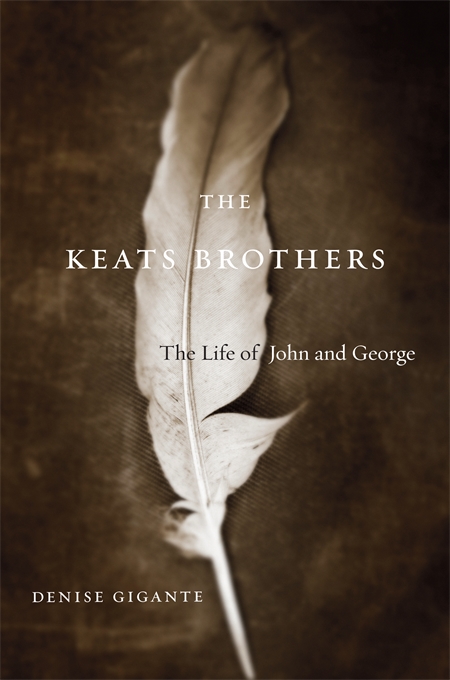 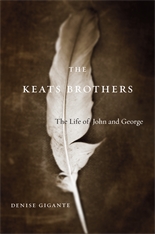 The Life of John and George

John and George Keats—Man of Genius and Man of Power, to use John’s words—embodied sibling forms of the phenomenon we call Romanticism. George’s 1818 move to the western frontier of the United States, an imaginative leap across four thousand miles onto the tabula rasa of the American dream, created in John an abysm of alienation and loneliness that would inspire the poet’s most plangent and sublime poetry. Denise Gigante’s account of this emigration places John’s life and work in a transatlantic context that has eluded his previous biographers, while revealing the emotional turmoil at the heart of some of the most lasting verse in English.

In most accounts of John’s life, George plays a small role. He is often depicted as a scoundrel who left his brother destitute and dying to pursue his own fortune in America. But as Gigante shows, George ventured into a land of prairie fires, flat-bottomed riverboats, wildcats, and bears in part to save his brothers, John and Tom, from financial ruin. There was a vital bond between the brothers, evident in John’s letters to his brother and sister-in-law, Georgina, in Louisville, Kentucky, which run to thousands of words and detail his thoughts about the nature of poetry, the human condition, and the soul. Gigante demonstrates that John’s 1819 Odes and Hyperion fragments emerged from his profound grief following George’s departure and Tom’s death—and that we owe these great works of English Romanticism in part to the deep, lasting fraternal friendship that Gigante reveals in these pages.