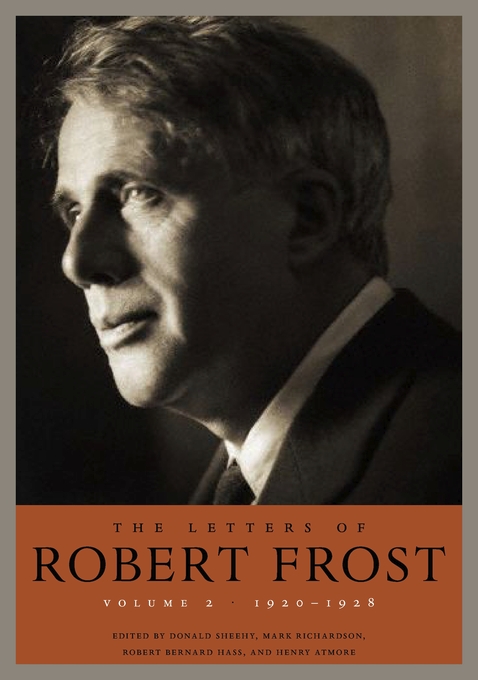 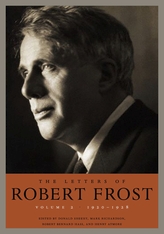 The Letters of Robert Frost, Volume 2

“As one reads The Letters of Robert Frost: Volume Two—never tedious for all the chat and twice as entertaining for the clarity of the notes—poems are still finding him, and he is having some fun.”—David Bromwich, Times Literary Supplement

“This second of a proposed four-volume enterprise comprises 569 letters, two-thirds of which are published here for the first time. This book, like its predecessor—which covers 1886–1920—is a masterpiece of scholarly attention and an important adjunct to the poetry of an American master. Readers hear the poet’s voice in his letters as clearly as in his lyrical, plain-spoken poetry. Frost’s affections, his occupations and preoccupations, his political tendencies, and his aesthetic and moral sensibility are apparent in these letters to family, friends, and fellow poets… These years were also a rich period in Frost’s life: he published four new collections and in 1924 received the first of his four Pulitzers. However, coinciding with success and national recognition were ongoing family health issues and personal tragedy.”—B. Wallenstein, Choice

“A temperamental streak beneath the cultivated persona of the humble, mild-mannered raconteur keeps things lively for the reader. This second installment in an impressive project tracks the transformation of the hardworking craftsman into a monument of American letters.”—Publishers Weekly

Praise for the previous volume:

“In almost every way, this new edition is a triumph of scholarly care… For all his private flaws, his tragedies large and small, American literature—and the language itself—owes a profound debt to that dark, demonic, beguiling figure, Robert Frost.”—William Logan, The New York Times Book Review

“Long overdue, The Letters of Robert Frost, Volume 1: 1886–1920 is deservedly getting a lot of attention. Frost is not simply a lively correspondent, he is an artist of the epistolary form, defining himself and his poetic era in these pages… The truly original, splenetic, aphoristic, and revisionary mind of a major poet comes into view.”—Jay Parini, The Chronicle of Higher Education

“Not the rustic sage, but the savvy, ambitious, cosmopolitan poet emerges from this first volume of Frost’s lively, shrewd letters… [T]he collection [is] a must for scholars; but Frost’s witty, urbane style make the letters an engaging browse for ordinary readers, too.”—Publishers Weekly

“It must be said that these early letters carry the burden of [Frost’s] poetry so finely as to be no embarrassment to the poetry. The book has been edited…with continuous tact and sensitivity to the likely demands of a literate reader.”—David Bromwich, The Times Literary Supplement

“Such a joy to read… This is the first time a complete version of [Frost’s letters]—running in chronological order—has been made available… Anyone interested in the laborious process an artist must undertake to perfect his craft will read this book with awe and fascination, and as a constant source of inspiration.”—J. P. O’Malley, NPR online