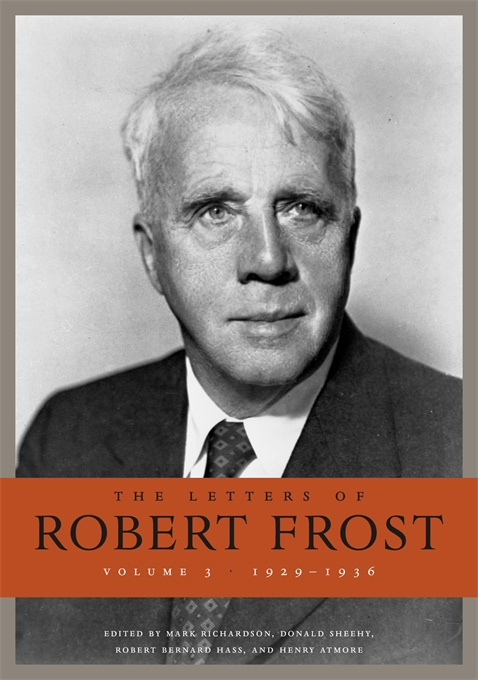 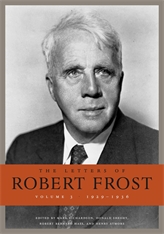 The Letters of Robert Frost, Volume 3

“Masterfully edited within an inch of its life… No free verser, [Frost] believed that poetry was ‘measured feet’ but ‘more important still it is a measured amount of all we could say an we would.’ All the more striking, then, are moments in the correspondence when his experience was such that it could not be held back for pressure, but issued rather in words and sentences testing the limits of his measuring.”—William H. Pritchard, Wall Street Journal

“[A] monumental enterprise… [We] have many reasons to be grateful to the editors…who have added greatly to our knowledge of the poet’s life, his family ties, and his various friendships—as well, of course, as his thoughts on his own art… These letters do much to cancel the impression given by Frost’s official biographer, Lawrance Thompson, of the poet as a monstrous egotist who drove his son to suicide by crushing his poetic ambitions.”—Gregory Dowling, Los Angeles Review of Books

“With every volume of his letters that appears, Frost grows more vivid… We are lucky to have this beautifully edited volume of Frost’s letters, the third of five, from a time when everything in his life broke.”—Dan Chiasson, New York Review of Books

“The man in the letters is very much the man in the poems—flinty, funny, and dark. Despite his classical knowledge and sophistication, he comes across as a rugged individual, unspoiled by niceties of Autocorrect, with a syntax entirely his own. One would never mistake Robert Frost for anyone else.”—David Mason, Hudson Review

“Meticulously edited… A richly detailed portrait of Frost in his own words.”—Kirkus Reviews (starred review)

“Robert Frost emerges as a struggling father and a poet at the height of his career in the intimate latest addition to the five-volume collection of his letters… Frost’s fans and anyone with a deep interest in poetry will find this a treasure trove of emotion and insights.”—Publishers Weekly

“Reading The Letters of Robert Frost is as indispensable as reading the poems, for revealed in these pages are the layers of thinking that buttressed the great poet’s talent. What emerges into view is a fuller individual—at times humane, empathetic, avuncular—whose complexity and art were utterly responsive to the political and aesthetic ferment of his times.”—Major Jackson, author of The Absurd Man and guest editor of The Best American Poetry 2019

“‘I believe in survival. That is my fundamental doctrine,’ Frost wrote to a friend in 1936. The first two volumes of his letters showed how Frost survived early poverty and obscurity to become a great poet and an American institution. This third volume reveals how his ironic wit and artistic devotion enabled him to survive the personal tragedy of his daughter’s death and the national crisis of the Depression, as well as the more ambiguous perils of fame.”—Adam Kirsch, author of The Modern Element: Essays on Contemporary Poetry

“Here Frost’s bracingly wide-ranging letters are illuminated. Through notes that capture even the most elusive of references, the editors have produced a book that is impressively thorough, rigorous, and generous—a pleasure to read page by page, event by event.”—Calista McRae, coeditor of The Selected Letters of John Berryman