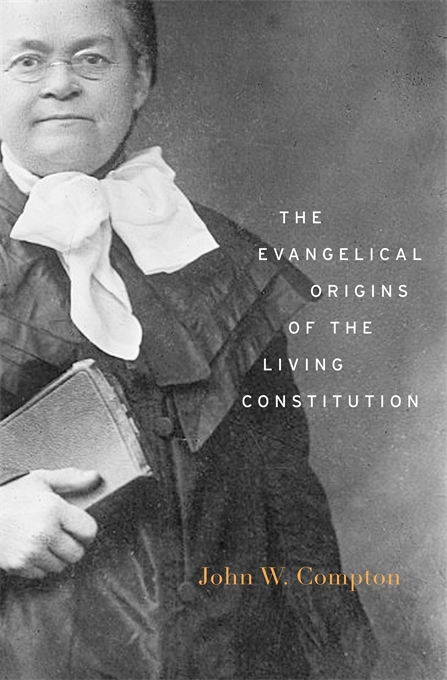 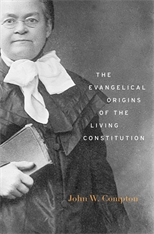 The Evangelical Origins of the Living Constitution

The New Deal is often said to represent a sea change in American constitutional history, overturning a century of precedent to permit an expanded federal government, increased regulation of the economy, and eroded property protections. John Compton offers a surprising revision of this familiar narrative, showing that nineteenth-century evangelical Protestants, not New Deal reformers, paved the way for the most important constitutional developments of the twentieth century.

Following the great religious revivals of the early 1800s, American evangelicals embarked on a crusade to eradicate immorality from national life by destroying the property that made it possible. Their cause represented a direct challenge to founding-era legal protections of sinful practices such as slavery, lottery gambling, and buying and selling liquor. Although evangelicals urged the judiciary to bend the rules of constitutional adjudication on behalf of moral reform, antebellum judges usually resisted their overtures. But after the Civil War, American jurists increasingly acquiesced in the destruction of property on moral grounds.

In the early twentieth century, Oliver Wendell Holmes and other critics of laissez-faire constitutionalism used the judiciary’s acceptance of evangelical moral values to demonstrate that conceptions of property rights and federalism were fluid, socially constructed, and subject to modification by democratic majorities. The result was a progressive constitutional regime—rooted in evangelical Protestantism—that would hold sway for the rest of the twentieth century.