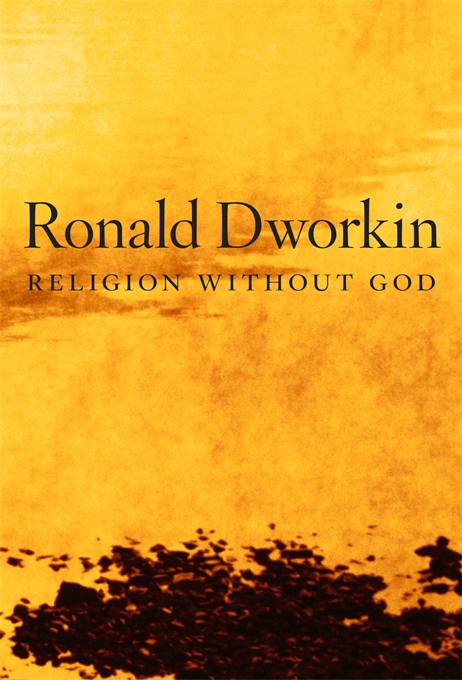 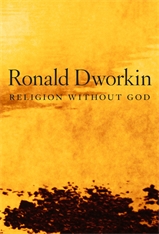 “[A] marvelous little book… Dworkin is always wonderfully clear and honest about what is involved in his position—it is part of what makes his book such a pleasure to read… I am at one with Dworkin in thinking that even a fully secular individual should contemplate the universe not just with curiosity and wonder but with reverence and gratitude.”—Michael Rosen, The Nation

“Ronald Dworkin’s profound and moving final book, now published posthumously, is unique among the works that he wrote throughout the decades of his extraordinarily creative life. Anyone who read Dworkin or heard him lecture knows that he possessed a brilliant and elegant mind, conceptually sophisticated, analytically astute, and always at the service of a moral, legal, and political cause. But this book is marked by a different tone and style. It does not present a set of arguments that aim at changing beliefs and convictions; instead it conveys a philosophical, even spiritual sensibility. Its ambition is to effect not a shift in any particular position but a transformation in the way we see the world and in the stance we take toward the most basic features of our existence. The incisive qualities of Dworkin’s mind are evident in various arguments that appear throughout the book (especially in the chapter titled ‘Religious Freedom,’ which examines the nature of the constitutional protection of religion), but the main endeavor of Religion Without God is to convey an attitude—not so much to argue as to ‘show,’ to set before the reader a certain philosophical temper and to share a particular stance… It is rare in the life of a philosopher that a set of detailed arguments can be transfigured into a fundamental stance toward the universe and the human moral realm. In such a moment, the articulation of the whole is far greater than the sum of its parts. Religion Without God is an attempt to articulate such a stance. Its ambition and its achievement make it a deep and precious book.”—Moshe Halbertal, The New Republic

“The position taken in Religion Without God reflects a commitment to objective value that has been indispensable for Dworkin’s broader jurisprudence.”—Jeremy Waldron, The Guardian

“[Dworkin] shines a brighter light on the true meaning of religion than anything produced lately by defenders of the faith. By his own account, he was a religious man, but also an atheist. That paradox leads him both to a deeper sense of faith and to a fuller appreciation of what it means to disavow the divine.”—James Carroll, The Boston Globe

“Dworkin offers a way into discussions of science and human spiritual endeavor that is actually engaging and interesting, not combative and dogmatic… Dworkin is keen to show that—even for people who call themselves atheist—there remains a sense or a value to the world which bears so much in common with attitudes we call religious or spiritual… What Dworkin pursues is insight into the core of what makes us human and how it might be grounded in something other than an idea of God.”—Adam Frank, NPR Books

“Essentially sidesteps the regular theist vs. atheist debate to argue something altogether original and refreshing: that the religious impulse is (a) widely shared and (b) much bigger than a belief in God… Convictions of value are the common glue of humanity, Dworkin writes, and this idea is so appealing and so thoughtfully rendered in Religion Without God, that it is hard to find any fault with his logic… [It] inexorably lays out in lucid terms Dworkin’s moral philosophy. The logical argument he makes is itself an example of the sort of inevitable beauty he describes… Dworkin reveals the profound humanism that has informed his life’s work. He believes, tenaciously, that there is objective ethical and moral truth, ‘a right way to live’ that is independent of theistic assumptions, and therefore available to religious atheists.”—Adam Parker, The Post and Courier (Charleston, SC)

“Dworkin claims a religious attitude that acknowledges two things. First, human life has objective meaning and importance. Second, the physical universe is something of intrinsic value and wonder. This broad and inclusive definition has a significant implication. Both theists and atheists can assent to it because it points to a shared, fundamental commitment that goes beyond their differences. In this sense, atheists can be religious, and religion does not necessarily require a god. Because religious atheists lack a god who legitimizes those values and both creates the physical universe and endows it with sublimity and beauty, they need an alternative explanation. To that end, Dworkin offers a metaphysics of value before exploring the relationship between beauty and physics. Although Dworkin does not embrace theism, his book is neither antitheistic nor pro-atheist. Rather, his novel definition of religion may serve as a way for theists and religious atheists to engage in constructive conversation. Both camps will benefit from reading Dworkin’s engaging and philosophically rigorous analysis.”—Christopher McConnell, Booklist

“For years, the Christian Right has been arguing that secular humanism, an ethical and humanistic system of viewing the world without reference to God, should be considered a religion. Now, from the opposite direction, Dworkin argues the same. In his last book, the late Dworkin, an atheist, believes that atheists share with theists a strong ethical sensibility as well as an appreciation of aesthetics that opens them to a sense of awe and an experience of the sublime that is similar to religious transcendence… Dworkin’s characteristically well-argued book raises many provocative questions worthy of further discussion.”—Publishers Weekly