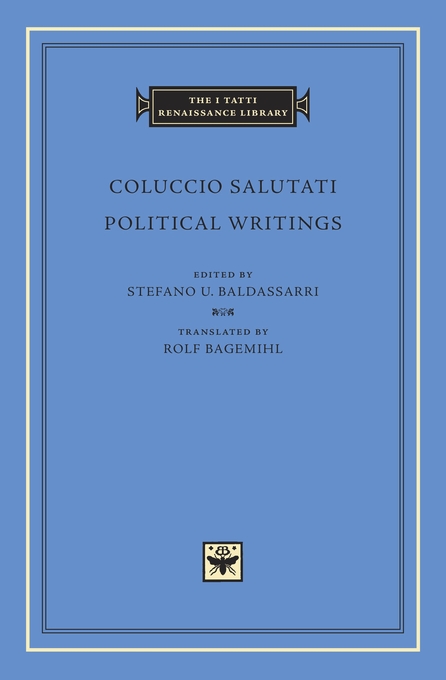 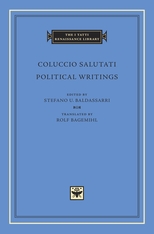 The I Tatti Renaissance Library 64

Edited by Stefano U. Baldassarri

Coluccio Salutati (1332–1406) was chancellor of the Florentine Republic (1375–1406) and the leader of the humanist movement in Italy in the generation after Petrarch and Boccaccio. As such, he was among the first humanists to apply his Classical learning to political theory and his rhetorical skills to the defense of republican liberty.

This volume contains a new English version of Salutati’s important treatise On Tyranny, Antonio Loschi’s Invective against the Florentines, which provoked Salutati’s long Reply to a Slanderous Detractor, and a selection of Salutati’s state letters written for the Florentine Republic. Most of the texts are here critically edited and translated into English for the first time.