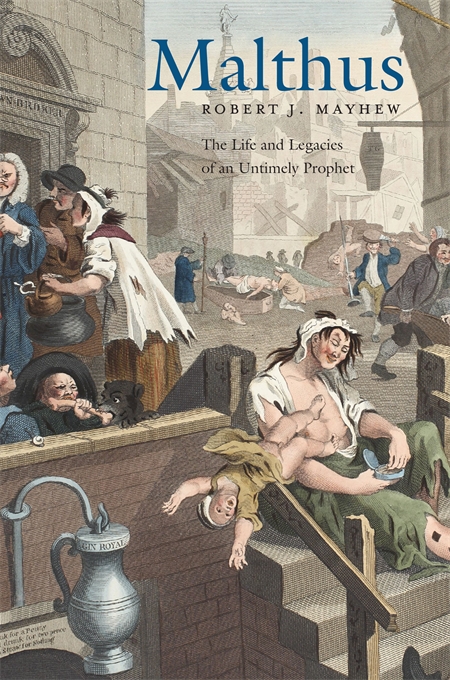 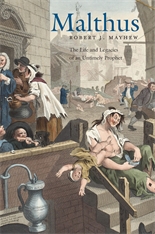 The Life and Legacies of an Untimely Prophet

Thomas Robert Malthus’s An Essay on the Principle of Population was an immediate succès de scandale when it appeared in 1798. Arguing that nature is niggardly and that societies, both human and animal, tend to overstep the limits of natural resources in “perpetual oscillation between happiness and misery,” he found himself attacked on all sides—by Romantic poets, utopian thinkers, and the religious establishment. Though Malthus has never disappeared, he has been perpetually misunderstood. This book is at once a major reassessment of Malthus’s ideas and an intellectual history of the origins of modern debates about demography, resources, and the environment.

Against the ferment of Enlightenment ideals about the perfectibility of mankind and the grim realities of life in the eighteenth century, Robert Mayhew explains the genesis of the Essay and Malthus’s preoccupation with birth and death rates. He traces Malthus’s collision course with the Lake poets, his important revisions to the Essay, and composition of his other great work, Principles of Political Economy. Mayhew suggests we see the author in his later writings as an environmental economist for his persistent concern with natural resources, land, and the conditions of their use. Mayhew then pursues Malthus’s many afterlives in the Victorian world and beyond.

Today, the Malthusian dilemma makes itself felt once again, as demography and climate change come together on the same environmental agenda. By opening a new door onto Malthus’s arguments and their transmission to the present day, Robert Mayhew gives historical depth to our current planetary concerns.