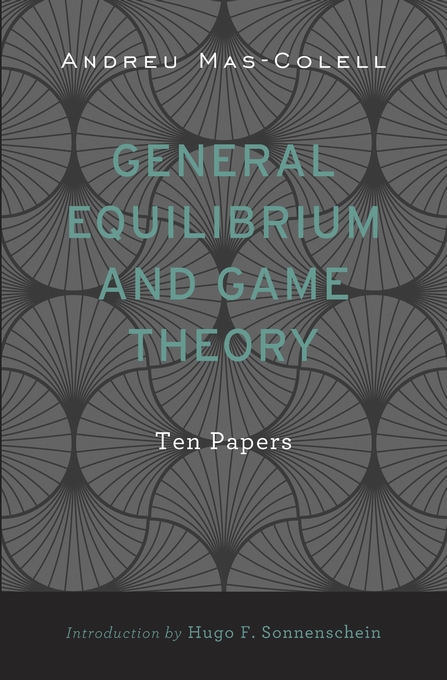 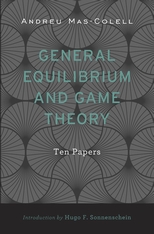 Andreu Mas-Colell revolutionized our understanding of competitive markets, price formation, and the behavior of market participants. General Equilibrium and Game Theory offers readers a compendium of his most important scholarly contributions, gathering in a single volume the groundbreaking papers that have solidified his standing as one of the preeminent economic theorists of our time.

Built upon the foundations of neoclassical economics, Mas-Colell’s work is distinguished by a mathematical and analytical elegance that brings theory closer to real-world situations. He overturns the standard assumption of general equilibrium theory—that markets are perfectly competitive and their participants are perfectly rational—and concludes that neither the law of supply and demand nor the existence of equilibrium prices depends on the rationality of agents. Similarly, Mas-Colell (working with Sergiu Hart) challenges classical game theory’s reliance on rational behavior, demonstrating that adaptation and learning shape the dynamics of repeated games.

Addressing central questions of finance, trade, industrial organization, and welfare economics, Mas-Colell shows the surprising power and versatility of differentiability and linear-space mathematical techniques, and he emphasizes the fruitfulness of cooperative game-theory approaches, such as Shapley value theory and the Bargaining Set, for understanding competition and distribution. General Equilibrium and Game Theory is a signal contribution to economic theory and an invaluable resource for anyone wishing to study the craft of a master of economic modeling.