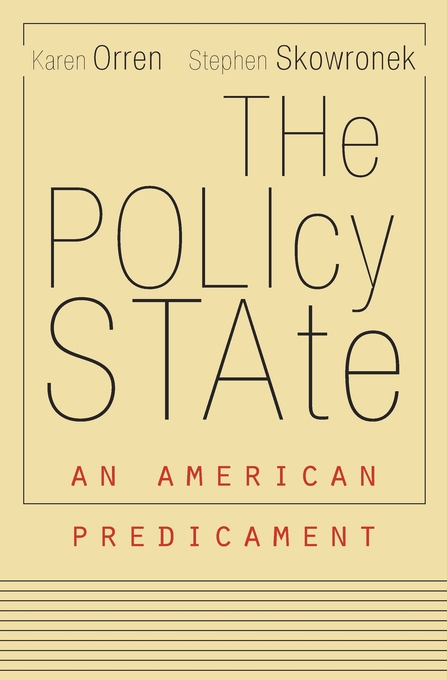 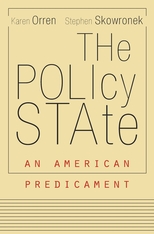 “A sterling example of political science at its best.”—Timothy Shenk, The New Republic

Policy is government’s ready response to changing times, the key to its successful adaptation. It tackles problems as they arise, from foreign relations and economic affairs to race relations and family affairs. Karen Orren and Stephen Skowronek take a closer look at this well-known reality of modern governance. In The Policy State they point out that policy is not the only way in which America was governed historically, and they describe the transformation that occurred as policy took over more and more of the work of government, emerging as the raison d’être of the state’s operation.

Rather than analyze individual policies to document this change, Orren and Skowronek examine policy’s effect on legal rights and the formal structure of policy-making authority. Rights and structure are the principal elements of government that historically constrained policy and protected other forms of rule. The authors assess the emergence of a new “policy state,” in which rights and structure shed their distinctive characteristics and take on the attributes of policy.

Orren and Skowronek address the political controversies swirling around American government as a consequence of policy’s expanded domain. On the one hand, the policy state has rendered government more flexible, responsive, and inclusive. On the other, it has mangled government’s form, polarized its politics, and sowed deep distrust of its institutions. The policy state frames an American predicament: policy has eroded the foundations of government, even as the policy imperative pushes us ever forward, into an uncertain future.