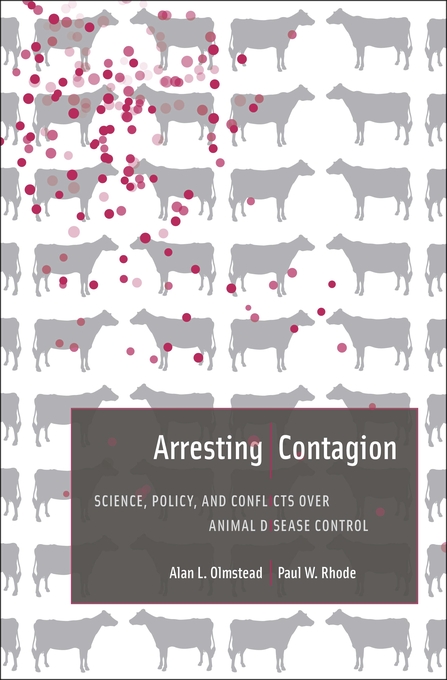 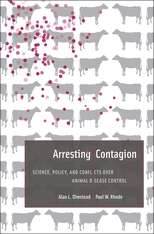 Over sixty percent of all infectious human diseases, including tuberculosis, influenza, cholera, and hundreds more, are shared with other vertebrate animals. Arresting Contagion tells the story of how early efforts to combat livestock infections turned the United States from a disease-prone nation into a world leader in controlling communicable diseases. Alan Olmstead and Paul Rhode show that many innovations devised in the fight against animal diseases, ranging from border control and food inspection to drug regulations and the creation of federal research labs, provided the foundation for modern food safety programs and remain at the heart of U.S. public health policy.

America’s first concerted effort to control livestock diseases dates to the founding of the Bureau of Animal Industry (BAI) in 1884. Because the BAI represented a milestone in federal regulation of commerce and industry, the agency encountered major jurisdictional and constitutional obstacles. Nevertheless, it proved effective in halting the spread of diseases, counting among its early breakthroughs the discovery of Salmonella and advances in the understanding of vector-borne diseases.

By the 1940s, government policies had eliminated several major animal diseases, saving hundreds of thousands of lives and establishing a model for eradication that would be used around the world. Although scientific advances played a key role, government interventions did as well. Today, a dominant economic ideology frowns on government regulation of the economy, but the authors argue that in this case it was an essential force for good.