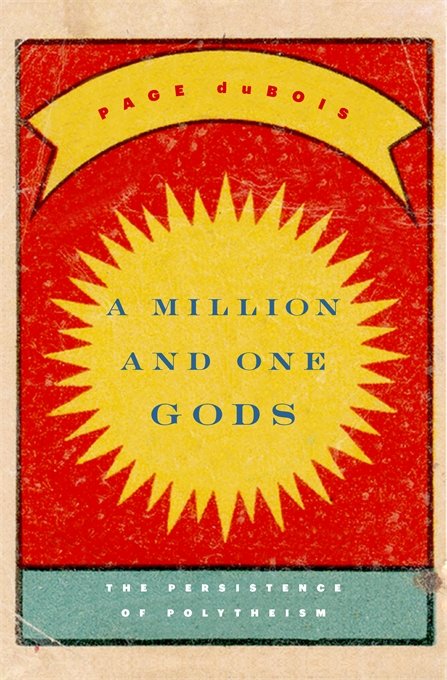 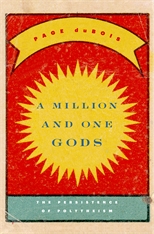 A Million and One Gods

The Persistence of Polytheism

Many people worship not just one but many gods. Yet a relentless prejudice against polytheism denies legitimacy to some of the world’s oldest and richest religious traditions. In her examination of polytheistic cultures both ancient and contemporary—those of Greece and Rome, the Bible and the Quran, as well as modern India—Page duBois refutes the idea that the worship of multiple gods naturally evolves over time into the “higher” belief in a single deity. In A Million and One Gods, she shows that polytheism has endured intact for millennia even in the West, despite the many hidden ways that monotheistic thought continues to shape Western outlooks.

In English usage, the word “polytheism” comes from the seventeenth-century writings of Samuel Purchas. It was pejorative from the beginning—a word to distinguish the belief system of backward peoples from the more theologically advanced religion of Protestant Christians. Today, when monotheistic fundamentalisms too often drive people to commit violent acts, polytheism remains a scandalous presence in societies still oriented according to Jewish, Christian, and Muslim beliefs. Even in the multicultural milieus of twenty-first-century America and Great Britain, polytheism finds itself marginalized. Yet it persists, perhaps because polytheism corresponds to unconscious needs and deeply held values of tolerance, diversity, and equality that are central to civilized societies.