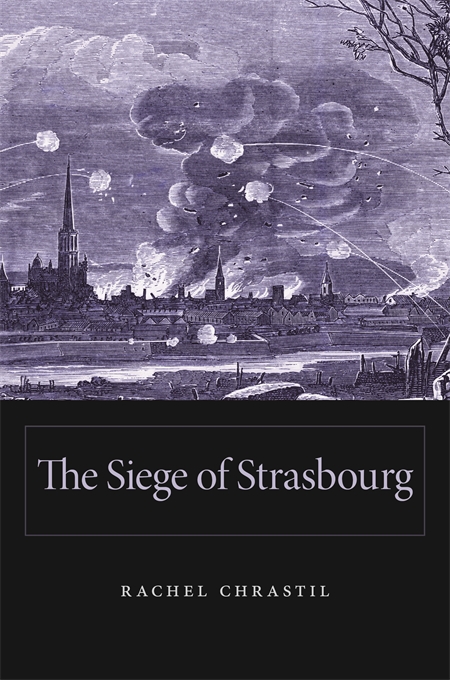 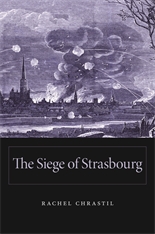 The Siege of Strasbourg

“A fascinating and important history. The dramatic narrative of the siege, bombardment, and the ultimate capitulation of Strasbourg to its enemies makes for gripping reading. Chrastil’s story illuminates the conflicting views about what is ‘legal’ in war, what are the roles and rights of civilians in a conflict, and the wisdom and consequences of international humanitarian intervention into war zones.”—Margaret H. Darrow, author of French Women and the First World War: War Stories of the Home Front

“Chrastil shows that the siege of Strasbourg, an almost forgotten episode of the Franco–Prussian War, was in fact a highly significant event in the history of modern warfare. Civilians, including women and children, became targets and victims of war, bombardment destroyed lives and urban infrastructure, and humanitarian impulses moved outsiders to intervene on behalf of those most grievously assailed by the instruments of war. The Siege of Strasbourg thus reveals that many of the characteristics of ‘total war,’ usually identified as a phenomenon of the 20th century, were evident in Strasbourg in 1870.”—Martha Hanna, author of Your Death Would Be Mine: Paul and Marie Pireaud in the Great War