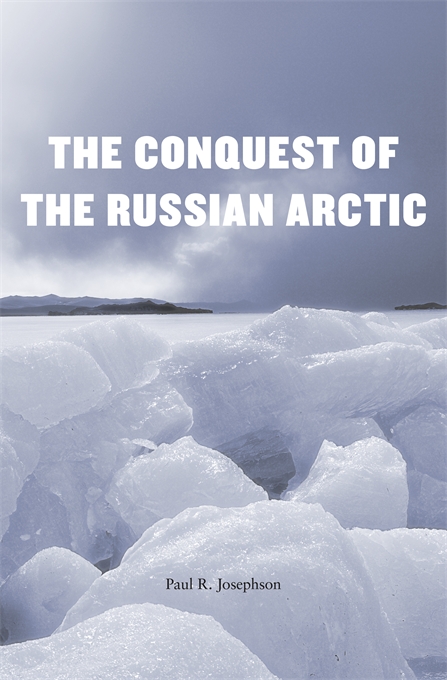 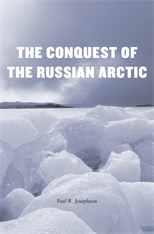 The Conquest of the Russian Arctic

Spanning nine time zones from Norway to the Bering Strait, the immense Russian Arctic was mostly unexplored before the twentieth century. This changed rapidly in the 1920s, when the Soviet Union implemented plans for its conquest. The Conquest of the Russian Arctic, a definitive political and environmental history of one of the world’s remotest regions, details the ambitious attempts, from Soviet times to the present, to control and reshape the Arctic, and the terrible costs paid along the way.

Paul Josephson describes the effort under Stalin to assimilate the Arctic into the Soviet empire. Extraction of natural resources, construction of settlements, indoctrination of nomadic populations, collectivization of reindeer herding—all was to be accomplished so that the Arctic operated according to socialist principles. The project was in many ways an extension of the Bolshevik revolution, as planners and engineers assumed that policies and plans that worked elsewhere in the empire would apply here. But as they pushed ahead with methods hastily adopted from other climates, the results were political repression, destruction of traditional cultures, and environmental degradation. The effects are still being felt today. At the same time, scientists and explorers led the world in understanding Arctic climes and regularities.

Vladimir Putin has redoubled Russia’s efforts to secure the Arctic, seen as key to the nation’s economic development and military status. This history brings into focus a little-understood part of the world that remains a locus of military and economic pressures, ongoing environmental damage, and grand ambitions imperfectly realized.