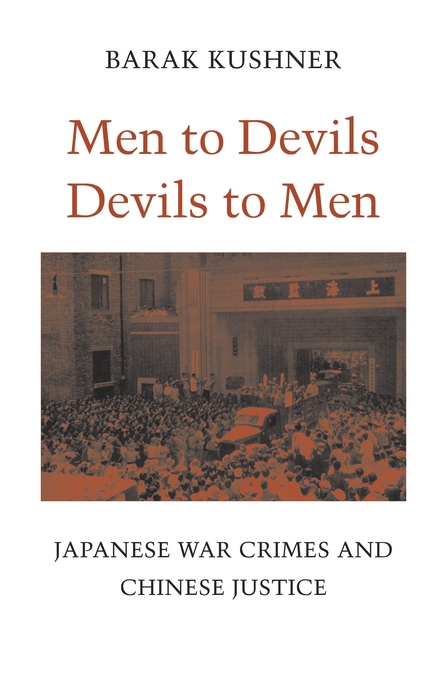 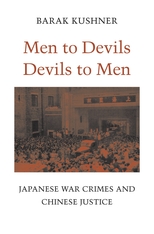 Men to Devils, Devils to Men

The Japanese Army committed numerous atrocities during its pitiless campaigns in China from 1931 to 1945. When the Chinese emerged victorious with the Allies at the end of World War II, many seemed ready to exact retribution for these crimes. Rather than resort to violence, however, they chose to deal with their former enemy through legal and diplomatic means. Focusing on the trials of, and policies toward, Japanese war criminals in the postwar period, Men to Devils, Devils to Men analyzes the complex political maneuvering between China and Japan that shaped East Asian realpolitik during the Cold War.

Barak Kushner examines how factions of Nationalists and Communists within China structured the war crimes trials in ways meant to strengthen their competing claims to political rule. On the international stage, both China and Japan propagandized the tribunals, promoting or blocking them for their own advantage. Both nations vied to prove their justness to the world: competing groups in China by emphasizing their magnanimous policy toward the Japanese; Japan by openly cooperating with postwar democratization initiatives. At home, however, Japan allowed the legitimacy of the war crimes trials to be questioned in intense debates that became a formidable force in postwar Japanese politics.