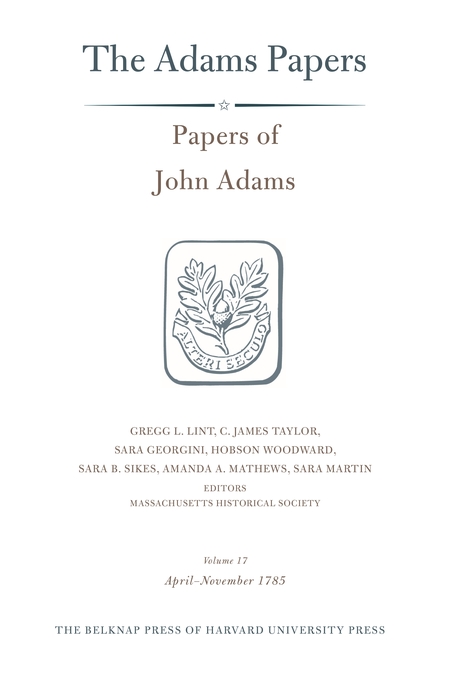 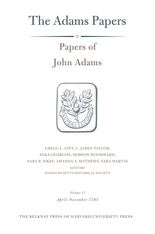 “You may well Suppose that I was the Focus of all Eyes,” John Adams wrote on 2 June 1785 of his first audience with George III, which formally inaugurated the post of American minister to Great Britain. Eager to restore “the old good Nature and the old good Humour” between the two nations, Adams spent the following months establishing the U.S. legation at No. 8 Grosvenor Square. For Adams, it was a period of multiple responsibilities and mixed success. He remained minister to the Netherlands and one of the joint commissioners charged with negotiating commercial treaties with the nations of Europe and North Africa—sensitive duties that occasionally called for Adams to encode his correspondence with the aid of his new secretary and future son-in-law, Col. William Stephens Smith.

Rebuffed by the British ministry in his mission to enforce the peace treaty of 1783 and renew Anglo–American commerce, Adams identified and achieved other goals. He preserved American credit despite the bankruptcy of a Dutch banking house that handled U.S. loans, petitioned for the release of impressed sailors, marked the ratification of the Prussian–American treaty, championed the needs of the American Episcopal Church, and laid the groundwork for negotiations with the Barbary States. His attention was not confined solely to foreign affairs. John Adams’s letters from London, laced with his trademark candor, demonstrate his ripening Federalist view of the new American government’s vulnerability and promise.