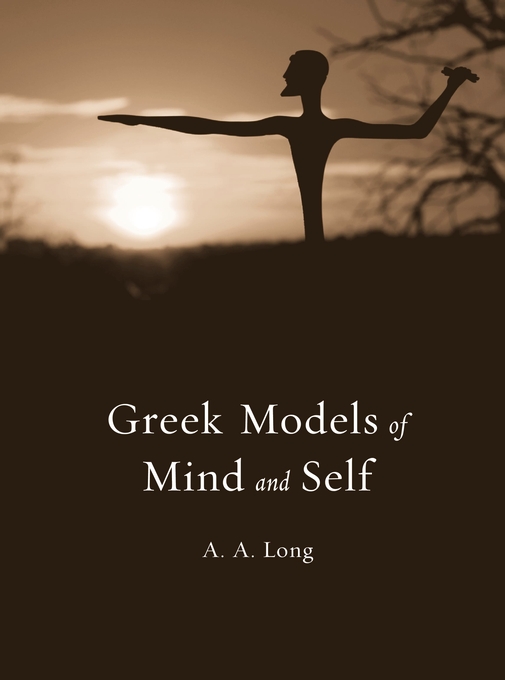 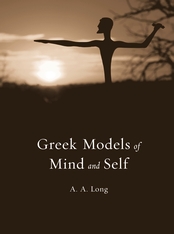 Greek Models of Mind and Self

This lively book offers a wide-ranging study of Greek notions of mind and human selfhood from Homer through Plotinus. A. A. Long anchors his discussion in questions of recurrent and universal interest. What happens to us when we die? How is the mind or soul related to the body? Are we responsible for our own happiness? Can we achieve autonomy? Long asks when and how these questions emerged in ancient Greece, and shows that Greek thinkers’ modeling of the mind gave us metaphors that we still live by, such as the rule of reason or enslavement to passion. He also interrogates the less familiar Greek notion of the intellect’s divinity, and asks what that might mean for us.

Because Plato’s dialogues articulate these themes more sharply and influentially than works by any other Greek thinker, Plato receives the most sustained treatment in this account. But at the same time, Long asks whether Plato’s explanation of the mind and human behavior is more convincing for modern readers than that contained in the older Homeric poems. Turning to later ancient philosophy, especially Stoicism, Long concludes with an exploration of Epictetus’s injunction to live life by making correct use of one’s mental impressions.

An authoritative treatment of Greek modes of self-understanding, Greek Models of Mind and Self demonstrates how ancient thinkers grappled with what is closest to us and yet still most mysterious—our own essence as singular human selves—and how the study of Greek thought can enlarge and enrich our experience.