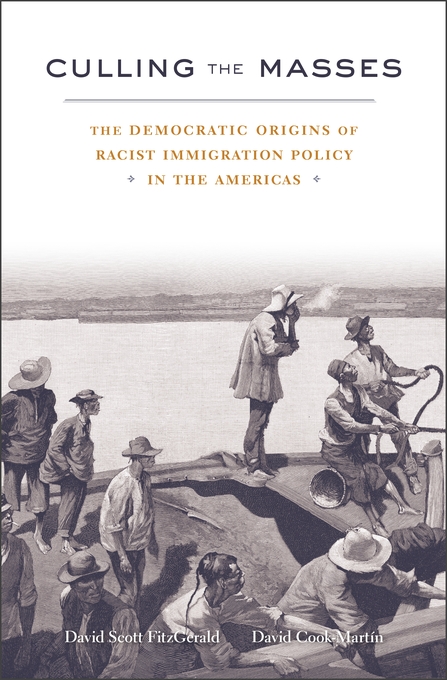 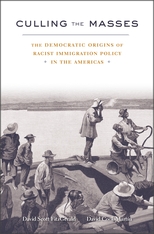 The Democratic Origins of Racist Immigration Policy in the Americas

Culling the Masses questions the widely held view that in the long run democracy and racism cannot coexist. David Scott FitzGerald and David Cook-Martín show that democracies were the first countries in the Americas to select immigrants by race, and undemocratic states the first to outlaw discrimination. Through analysis of legal records from twenty-two countries between 1790 and 2010, the authors present a history of the rise and fall of racial selection in the Western Hemisphere.

The United States led the way in using legal means to exclude “inferior” ethnic groups. Starting in 1790, Congress began passing nationality and immigration laws that prevented Africans and Asians from becoming citizens, on the grounds that they were inherently incapable of self-government. Similar policies were soon adopted by the self-governing colonies and dominions of the British Empire, eventually spreading across Latin America as well.

Undemocratic regimes in Chile, Uruguay, Paraguay, and Cuba reversed their discriminatory laws in the 1930s and 1940s, decades ahead of the United States and Canada. The conventional claim that racism and democracy are antithetical—because democracy depends on ideals of equality and fairness, which are incompatible with the notion of racial inferiority—cannot explain why liberal democracies were leaders in promoting racist policies and laggards in eliminating them. Ultimately, the authors argue, the changed racial geopolitics of World War II and the Cold War was necessary to convince North American countries to reform their immigration and citizenship laws.