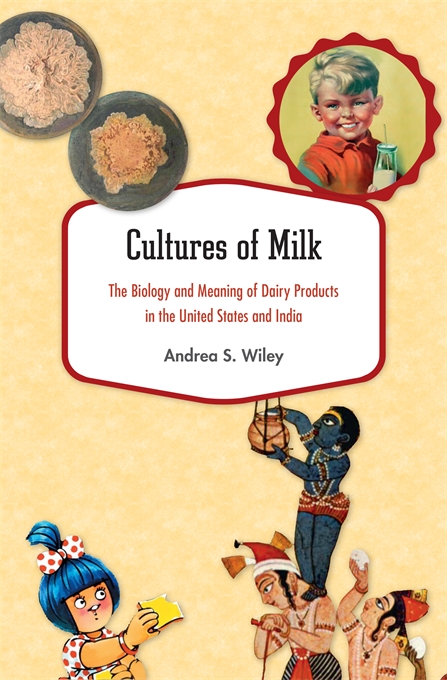 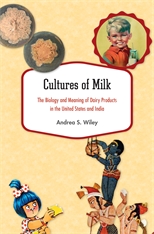 Milk is the only food mammals produce naturally to feed their offspring. The human species is the only one that takes milk from other animals and consumes it beyond weaning age. Cultures of Milk contrasts the practices of the world’s two leading milk producers, India and the United States. In both countries, milk is considered to have special qualities. Drawing on ethnographic and scientific studies, popular media, and government reports, Andrea Wiley reveals that the cultural significance of milk goes well beyond its nutritive value.

Shifting socioeconomic and political factors influence how people perceive the importance of milk and how much they consume. In India, where milk is out of reach for many, consumption is rising rapidly among the urban middle class. But milk drinking is declining in America, despite the strength of the dairy industry. Milk is bound up in discussions of food scarcity in India and food abundance in the United States. Promotion of milk as a means to enhance child growth boosted consumption in twentieth-century America and is currently doing the same in India, where average height is low. Wiley considers how variation among populations in the ability to digest lactose and ideas about how milk affects digestion influence the type of milk and milk products consumed. In India, most milk comes from buffalo, but cows have sacred status for Hindus. In the United States, cow’s milk has long been a privileged food, but is now facing competition from plant-based milk.