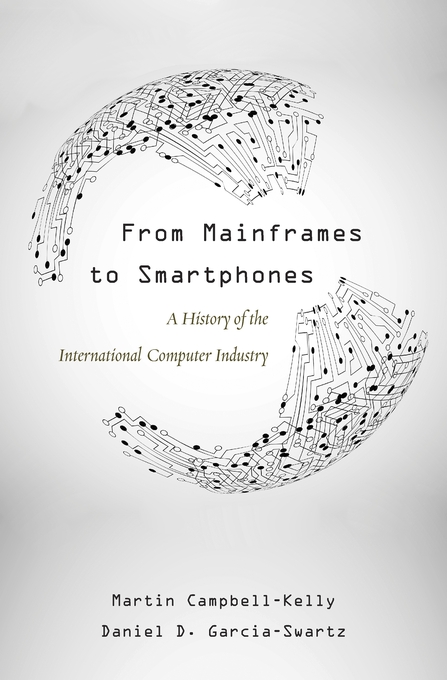 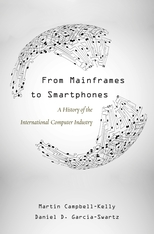 From Mainframes to Smartphones

A History of the International Computer Industry

This compact history traces the computer industry from its origins in 1950s mainframes, through the establishment of standards beginning in 1965 and the introduction of personal computing in the 1980s. It concludes with the Internet’s explosive growth since 1995. Across these four periods, Martin Campbell-Kelly and Daniel Garcia-Swartz describe the steady trend toward miniaturization and explain its consequences for the bundles of interacting components that make up a computer system. With miniaturization, the price of computation fell and entry into the industry became less costly. Companies supplying different components learned to cooperate even as they competed with other businesses for market share. Simultaneously with miniaturization—and equally consequential—the core of the computer industry shifted from hardware to software and services. Companies that failed to adapt to this trend were left behind.

Governments did not turn a blind eye to the activities of entrepreneurs. The U.S. government was the major customer for computers in the early years. Several European governments subsidized private corporations, and Japan fostered R&D in private firms while protecting its domestic market from foreign competition. From Mainframes to Smartphones is international in scope and broad in its purview of this revolutionary industry.