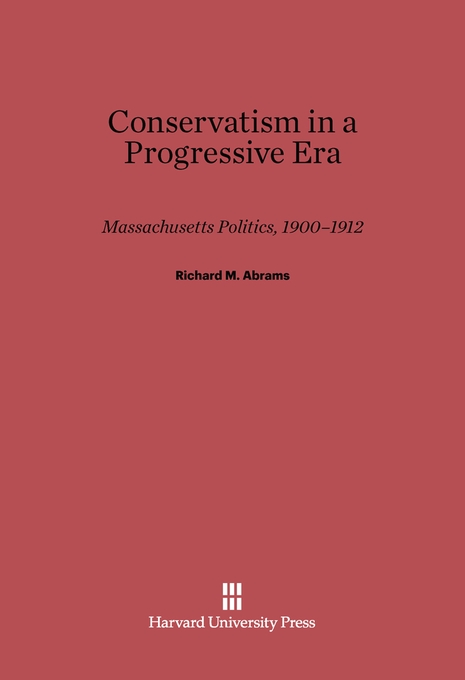 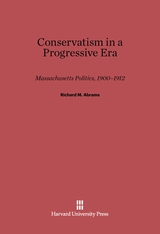 Conservatism in a Progressive Era

Confronting the prevailing judgment that Massachusetts fought a reactionary battle against the forces of reform at the turn of the century, Richard Abrams shows that the Bay State enjoyed at least as much progressive legislation, both before and during the era, as any other state, and that the words “insurgent” and “conservative” must be related to the level of advancement and the differing economic interests of individual states. His intensive analysis of the conservative character of politics in Massachusetts, in an era which marked the decline of the Commonwealth’s venerable traditions, suggests new lines of inquiry into American political behavior during the period.