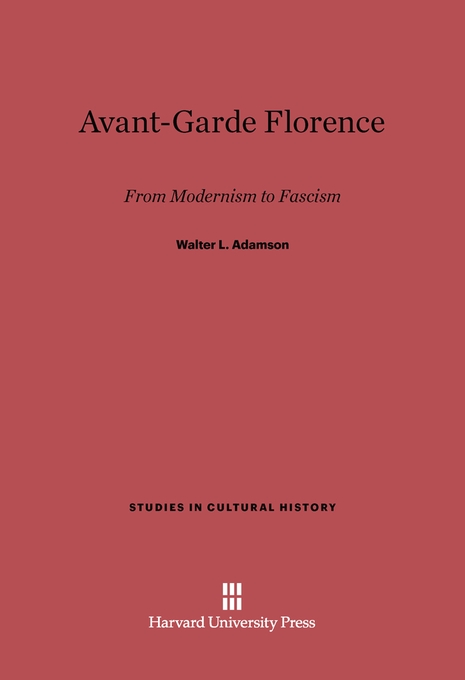 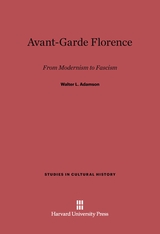 From Modernism to Fascism

“Adamson shows the signal importance of the Florentine modernists for the ideological development of Italian fascism. In so doing, he undermines the conventional assumption that the Milanese Futurists were the main intellectual culprits. Based on prodigious research in primary sources and judicious in its assessment of figures whose dubious politics might easily elicit more intemperate judgments, this work is also a delight to read. Skillfully combining individual biographical accounts of the major players with broad overviews of Florentine and Italian history, it provides a richly textured, dramatically nuanced narrative of a movement that sought cultural regeneration and produced political disaster. It is a model of collective intellectual history, situated in a particular urban setting. As such, it will be of interest to scholars outside of Italian history narrowly defined.”—Martin Jay, University of California, Berkeley

“Adamson’s is the most detailed account now available in English of two influential early twentieth-century Florentine reviews, Leonardo and La Voce, and the careers of the men who founded them and dominated their pages, principally Giovanni Papini, Giuseppe Prezzolini, and Ardengo Soffici. Through the story of these men and their enthusiasms, spiritual crises, and conversions, we get a fascinating view of early-twentieth-century Western culture as it was seen and experienced in central Italy. Adamson tells this tale, quite fascinating in itself, in such a way that it will be comprehensible to readers who know little (or nothing) about modern Italian history and in so doing makes an important contribution to the debate over modernism and its meaning for historians.”—Robert Wohl, University of California, Los Angeles