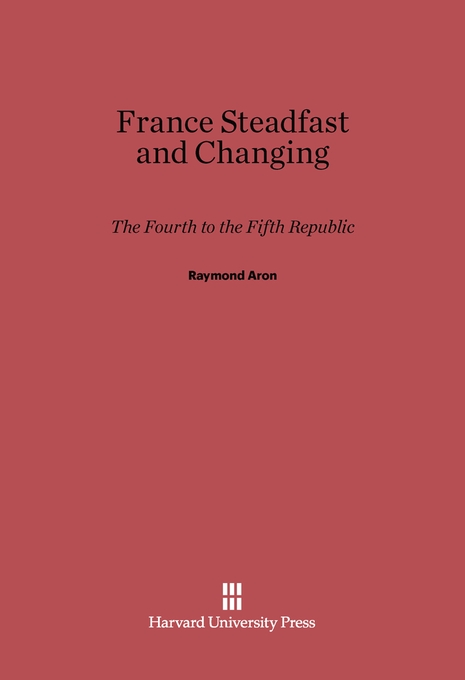 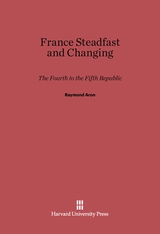 The Fourth to the Fifth Republic

A distinguished French sociologist, formerly connected with the Gaullist movement, examines the present state of France, looking at the situation in the light of France’s long history and her permanent national character. His is the first study of the change from the Fourth to the Fifth Republic, the first to give a detailed account of the strengths and weaknesses of the French economy today.

The peculiarities of French political history form a background for an analysis of the political game that was being played during the Fourth Republic and an account of the progress of the French economy since the last war. The disintegration of the French colonial empire following the war and the return to power of General de Gaulle with the new Constitution are set in the perspective of past and present French experience.

In the course of the book Raymond Aron clarifies important problems that have troubled Americans: the causes of French political instability; the present state of the French economy; the attitude of the French toward the empire. In conclusion he goes farther, rendering a tentative judgment on this tragic era and assessing the degree to which France has adjusted to the new order of world affairs. France Steadfast and Changing derives from lectures given at Harvard in 1957.