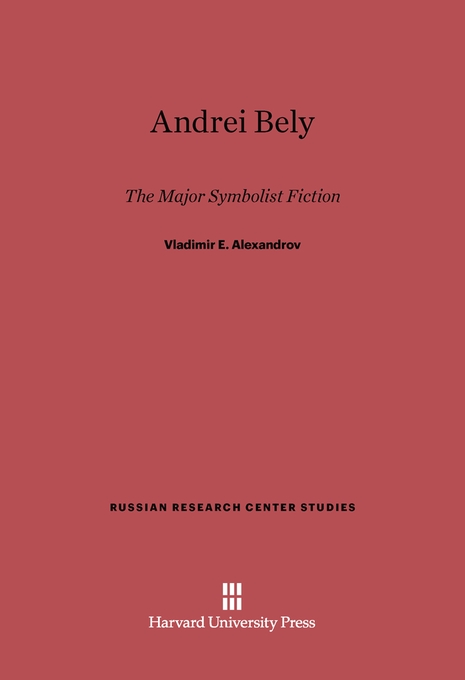 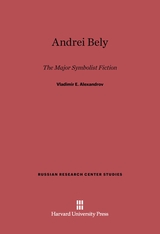 A leading Russian Symbolist poet, essayist, and mentor to an entire generation of writers, Andrei Bely (1880—1934) achieved greatest renown for three brilliant novels: Petersburg—which has been ranked with the masterpieces of Joyce, Kafka, and Proust—The Silver Dove, and Kotik Letaev.

Vladimir Alexandrov argues cogently that the mainspring of Bely’s complex art is his conception of Symbolism as a new form of cognition that links the individual, the material world, and the transcendent realm. Supplementing close textual analysis with material drawn from Bely’s theoretical and autobiographical writings, Alexandrov traces in detail how this conception evolved from four early experimental prose narratives to the major novels, and how it is manifested in their themes, form, and style. Alexandrov also provides lucid discussions of the significant influence that several philosophical and occult systems had on Bely’s art, and of the theoretical problem of what constitutes a Symbolist novel.

This sophisticated study breaks new ground in its approach to a major writer who has been little understood. It deserves the attention of anyone interested in Russian literature or Symbolism.