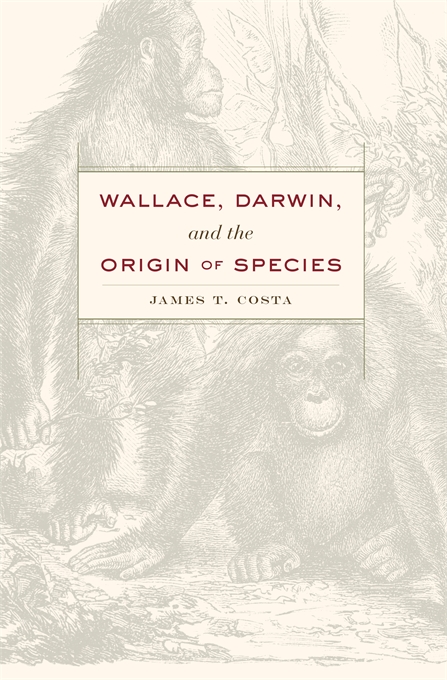 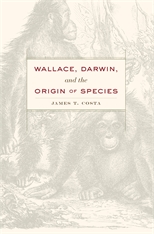 Wallace, Darwin, and the Origin of Species

Charles Darwin is often credited with discovering evolution through natural selection, but the idea was not his alone. The naturalist Alfred Russel Wallace, working independently, saw the same process at work in the natural world and elaborated much the same theory. Their important scientific contributions made both men famous in their lifetimes, but Wallace slipped into obscurity after his death, while Darwin’s renown grew. Dispelling the misperceptions that continue to paint Wallace as a secondary figure, James Costa reveals the two naturalists as true equals in advancing one of the greatest scientific discoveries of all time.

Analyzing Wallace’s “Species Notebook,” Costa shows how Wallace’s methods and thought processes paralleled Darwin’s, yet inspired insights uniquely his own. Kept during his Southeast Asian expeditions of the 1850s, the notebook is a window into Wallace’s early evolutionary ideas. It records his evidence-gathering, critiques of anti-evolutionary arguments, and plans for a book on “transmutation.” Most important, it demonstrates conclusively that natural selection was not some idea Wallace stumbled upon, as is sometimes assumed, but was the culmination of a decade-long quest to solve the mystery of the origin of species.

Wallace, Darwin, and the Origin of Species also reexamines the pivotal episode in 1858 when Wallace sent Darwin a manuscript announcing his discovery of natural selection, prompting a joint public reading of the two men’s papers on the subject. Costa’s analysis of the “Species Notebook” shines a new light on these readings, further illuminating the independent nature of Wallace’s discoveries.