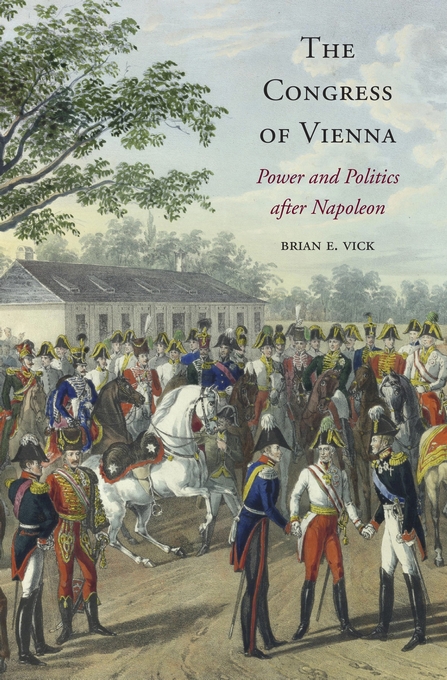 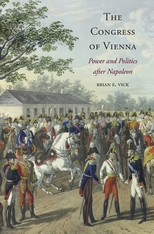 The Congress of Vienna

Power and Politics after Napoleon

Convened following Napoleon’s defeat in 1814, the Congress of Vienna is remembered as much for the pageantry of the royals and elites who gathered there as for the landmark diplomatic agreements they brokered. Historians have nevertheless generally dismissed these spectacular festivities as window dressing when compared with the serious, behind-the-scenes maneuverings of sovereigns and statesmen. Brian Vick finds this conventional view shortsighted, seeing these instead as two interconnected dimensions of politics. Examining them together yields a more complete picture of how one of the most important diplomatic summits in history managed to redraw the map of Europe and the international system of the nineteenth and twentieth centuries.

The Congress of Vienna investigates the Vienna Congress within a broad framework of influence networks that included unofficial opinion-shapers of all kinds, both men and women: artists and composers, entrepreneurs and writers, hosts and attendees of fashionable salons. In addition to high-profile negotiation and diplomatic wrangling over the post-Napoleonic fates of Germany, Italy, and Poland, Vick brings into focus other understudied yet significant issues: the African slave trade, Jewish rights, and relations with Islamic powers such as the Ottoman Empire and Barbary Corsairs. Challenging the usual portrayal of a reactionary Congress obsessed with rolling back Napoleon’s liberal reforms, Vick demonstrates that the Congress’s promotion of limited constitutionalism, respect for religious and nationality rights, and humanitarian interventions was influenced as much by liberal currents as by conservative ones.