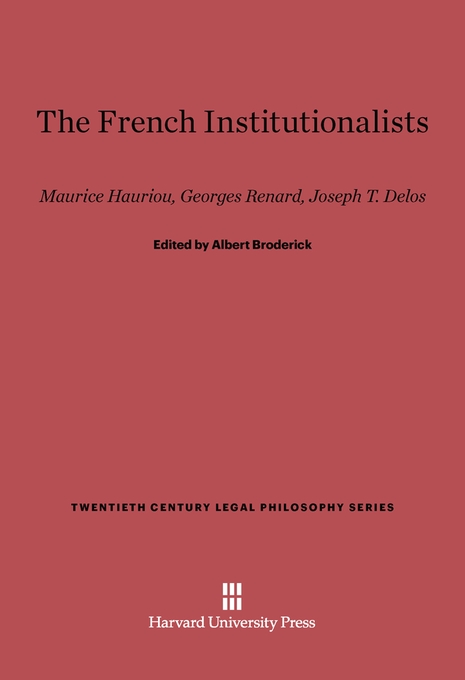 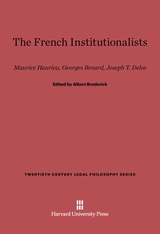 Supplementing the selections from the most significant works of Hauriou, Renard, and Delos are critiques that provide a contemporary focus to institutionalist thought. They include pieces by the noted jurists Jean Brèthe de la Gressaye, André Hauriou (the son), François and Bernard Geny, and Marcel Waline, as well as a retrospective essay prepared by Delos especially for this volume.

The writings themselves range over a number of areas—sociology, psychology, law, and philosophy—and they cover such subjects as juridical method, public law, individual rights and the state, Hauriou’s famous “Notes” on decisions of the Conseil d’Etat, natural law, and the social order.