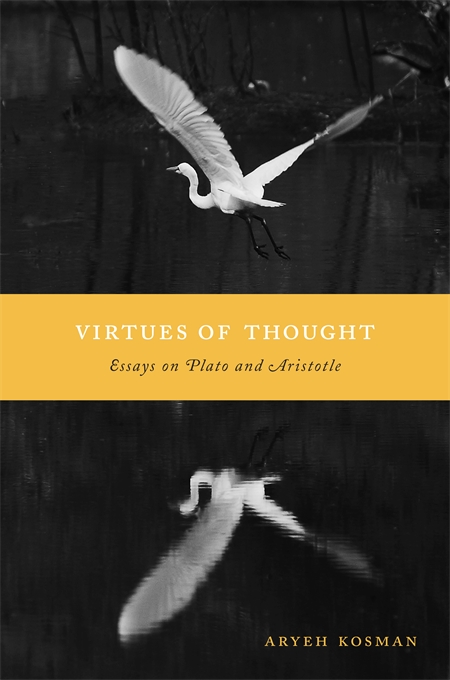 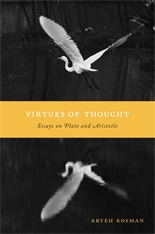 Essays on Plato and Aristotle

Virtues of Thought is an excursion through interconnecting philosophical topics in Plato and Aristotle, under the expert guidance of Aryeh Kosman. Exploring what these two foundational figures have to say about the nature of human awareness and understanding, Kosman concludes that ultimately the virtues of thought are to be found in the joys and satisfactions that come from thinking philosophically, whether we engage in it ourselves or witness others’ participation.

Kosman examines Aristotle’s complex understanding of the role that reason plays in practical choice and moral deliberation, and the specific forms of thinking that are involved in explaining the world and making it intelligible to ourselves and others. Critical issues of consciousness and the connection between thinking and acting in Aristotle’s philosophical psychology lead to a discussion of the importance of emotion in his theory of virtue. Theories of perception and cognition are highlighted in works such as Aristotle’s Posterior Analytics. When his focus turns to Plato, Kosman gives original accounts of several dialogues concerning Plato’s treatment of love, self-knowledge, justice, and the complex virtue known as sophrosyne in such texts as Charmides and the Republic.

Bringing together in a single volume previously unpublished essays along with classics in the field, Virtues of Thought makes a significant contribution to our study of ancient Greek philosophy.