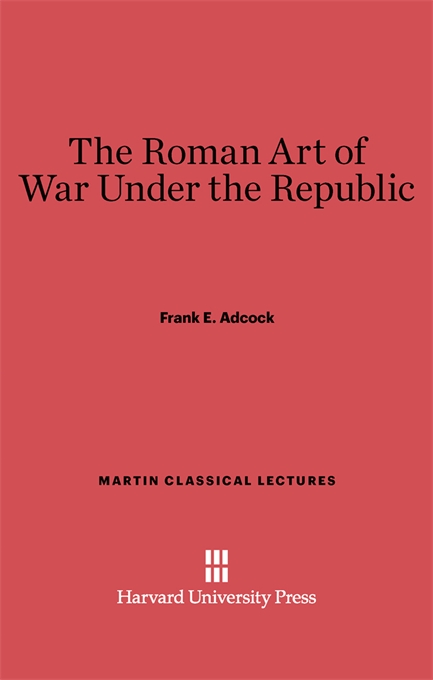 The Roman Art of War Under the Republic

Limiting himself to the history of the Roman Republic down to the Battle of Actium, F.E. Adcock here gives an illuminating and interesting account of the Roman art of war. The Roman, he maintains, was half a soldier from the start, and he could endure a discipline which soon produced the other half. To him war was not romantic nor an intellectual adventure: it was a job of work, to which he brought a steady, stubborn, adaptable, schooled application. The art of war under the Roman republic was something that belonged to Rome, a plant that grew in Roman soil, something which needed for its application talent not genius, but in its culmination it did produce a soldier greater than itself, a soldier in whom there was that fusing of intellect and will that marks off genius from talent. The successive chapters of the discussion consider the men, the sea, the land, foreign policy and general strategy, and generalship.