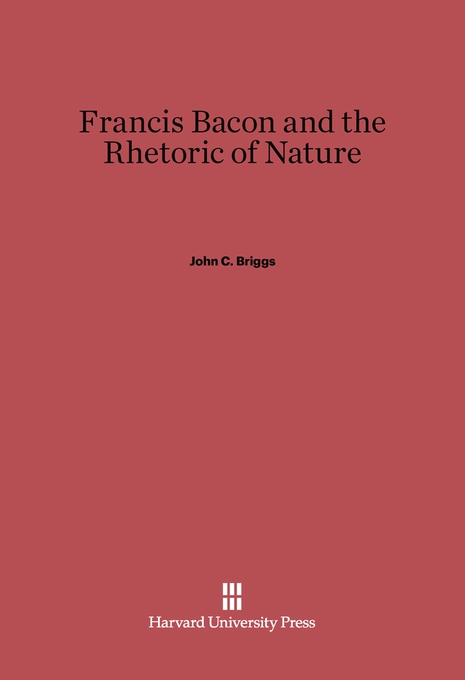 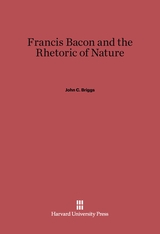 Francis Bacon and the Rhetoric of Nature

Francis Bacon is a pivotal figure in the beginnings of modernity. In his new book, John Briggs clarifies the close relation between Bacon’s famous and forward-looking reform of scientific method and his less well-known conceptions of rhetoric, nature, and religion. Briggs demonstrates a mastery of the traditional views of nature and persuasion that were influential in the intellectual and practical life of early seventeenth-century England, and shows how Bacon replaces the “old nature”—especially of gradual, consenting unfolding of organic potential—with a “new nature” of violence, secrecy, and instantaneous revelation rewarding the self-abnegating, assiduous sons of science.

Briggs explores Bacon’s paradoxes and puzzles in the context of the older Aristotelian and cosmological perspective, paying particular attention to the views of persuasion (which, to Bacon, implied everything from gentle Orphic suasion to coercion and duplicity). He points out a remarkable and complex consistency in Bacon’s use of Solomon, Moses, Paul, and the Greeks, and reveals for the first time the depth of Bacon’s conviction that nature is God’s code, which scientists decipher and exploit. He uncovers, throughout Bacon’s works, a darker, more Machiavellian and ingenious Bacon than the twentieth-century admirers of his “rationalist” facade have identified.

This penetrating book will be of interest to literary and cultural historians, historians of science and rhetoric, and students of the history of ideas, as well as to specialists in Bacon and the English Renaissance.