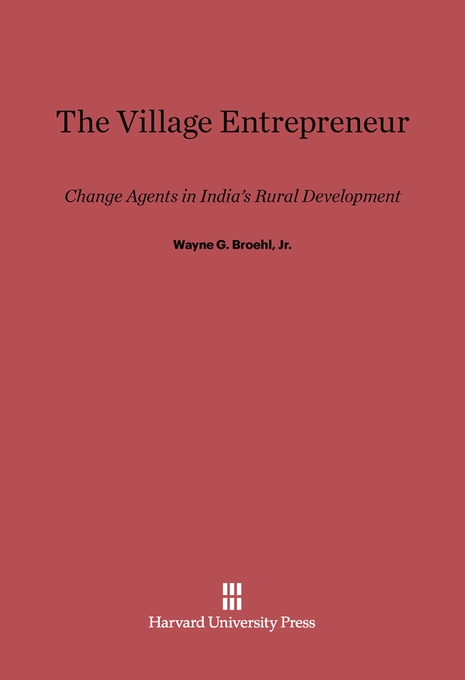 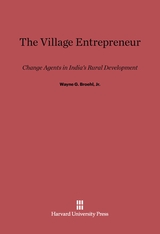 In spite of the hopes raised and achievements attained by the “Green Revolution,” the less developed rural countries of the world still must struggle for economic growth. Social scientists now focus on the human dimension of development. They search for change agents—men and women who have the initiative to cast aside traditional techniques and who are willing to introduce modern methods to their communities.

The Village Entrepreneur is a timely update on the new strategy of development. With financial backing from the Ford Foundation and the Indian government, Wayne G. Broehl and his associates undertook a comprehensive study of the village entrepreneur in South India. They interviewed hundreds of rural businessmen and attempted to pinpoint the qualities that distinguished change agents from their tradition-bound comrades. Further, they attempted to define the ways in which these agents can be used as conduits of progress. A significant section of the book describes a pilot program established to engender innovative attitudes. The book also provides a working model that will help apply the concept of change agents to other fields and other countries.

A categorical, but controversial, assumption of this work is that change is the sine qua non of development. Broehl believes that such change will necessarily be both economic and social and is likely to be political as well. Realistically presented and forcefully expressed, his findings are a strong contribution to recent development theory.