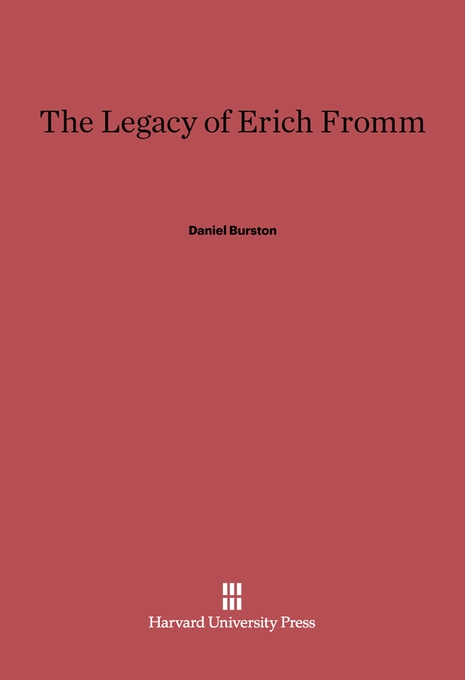 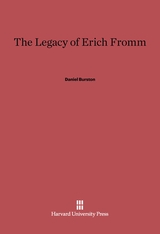 The Legacy of Erich Fromm

This is the first full-scale intellectual biography in English of Erich Fromm, perhaps the most widely read psychoanalyst after Freud, whose contributions to clinical and social psychology and the history of the psychoanalytic movement have long been underrated. Though considered a pedant, a popularizer—Escape from Freedom, The Sane Society, and The Art of Loving, among others, were best-sellers—and an “outsider” in many psychoanalytic circles, Fromm played a historic role in the development of the discipline. As a member of Freud’s “loyal opposition” with strong leanings toward the “dissident fringe;” he helped effect the transfer of productive ideas from the periphery to the mainstream of the psychoanalytic movement.

Daniel Burston’s meticulous elucidation of these ideas unravels the numerous strands—philosophical, literary, and social—that formed a part of Freud’s own work and of Fromm’s sympathetic, but not uncritical, reaction to Freudian orthodoxy. Despite his grounding in the tradition of Freud, contemporaries and former associates persistently misunderstood Fromm’s work. Insofar as he attempted to decipher the ideological subtexts to Freudian theory, analytically oriented theorists doing clinical or social research avoided his ideas. His Marxist leanings and his radically historical approach to human behavior made it all but impossible for mainstream academic psychologists to grasp his meaning, much less to grant it any validity. At the same time, his humanistic and ethical concerns struck many psychologists as grossly unscientific.

Practical and intellectual constraints have conspired to ensure that Fromm’s impact has been peripheral at best. Burston’s eloquent, evenhanded reassessment of Fromm’s life and work cuts through the ideological and political underbrush to reveal his pivotal role as a theorist and a critic of modern psychoanalysis. It leads readers back to Freud, whose theoretical and clinical contributions Fromm refracted and extended, and on to controversies that remain a vital part of contemporary intellectual life.