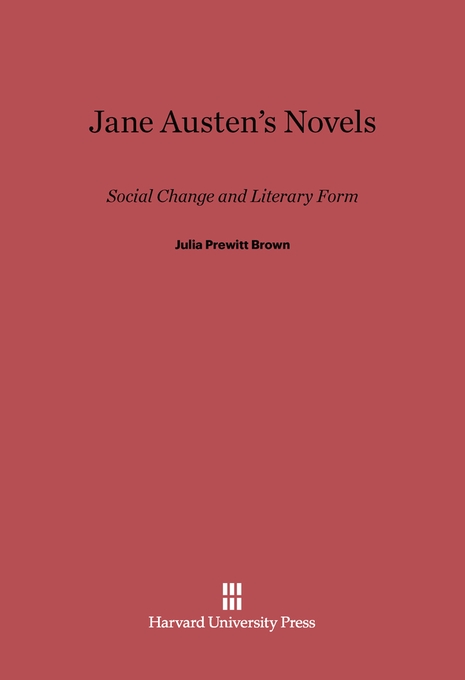 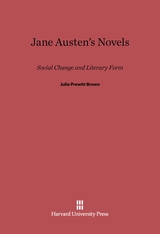 Julia Prewitt Brown brings to her reading a unique understanding of social history as well as a first-rate critical intelligence. The result is a totally new look at Jane Austen.

Jane Austen has been charged with writing about the “trivialities of day-to-day existence.” Brown argues that she found profound meaning in domestic and social concerns related to producing a new generation of human beings, Jane Austen was the first English novelist to fully assert the cultural significance of marriage and domesticity, their role in social and moral change. To do so was to assert the role of women in social and moral change as well, and Brown’s last chapter discusses Jane Austen’s importance as a woman writer.

This book offers too a new analysis of form in the novels, demonstrating that Jane Austen alternated between two structures, ironic comedy and satiric realism, in her representation of social change at the end of the eighteenth century. The ironic comedies represent the social situation of the eighteenth century and follow the tradition of Sterne and Fielding; the works of satiric realism represent the social situation of the nineteenth century and anticipate the novels of Dickens and George Eliot.