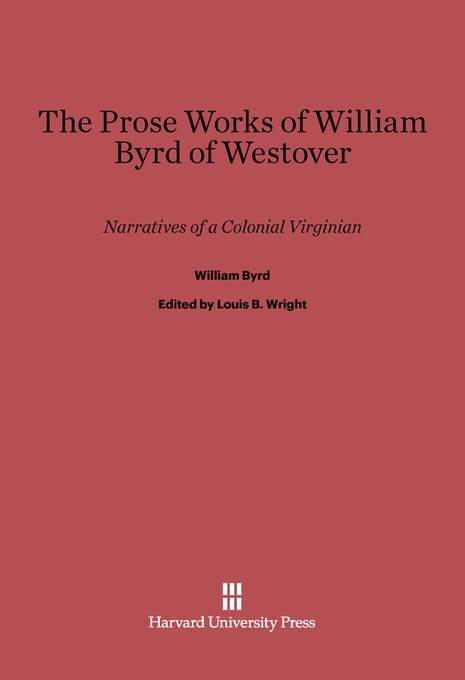 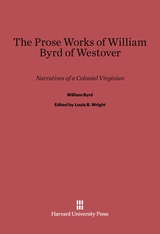 The Prose Works of William Byrd of Westover

Narratives of a Colonial Virginian

Edited by Louis B. Wright

One of the most urbane writers of the colonial period in British America was William Byrd of Westover in Virginia, whose narrative The History of the Dividing Line betwixt Virginia and North Carolina has become a classic of early American literature. An influential and wealthy figure in colonial America, Byrd spent much time in England and represented his colony in London on a number of occasions. The History and his other descriptive narratives included here (The Secret History of the Line, A Journey to the Land of Eden, and A Progress to the Mines) are among the most delightful works of the colonial period. In this edition, Byrd’s writings have been collated for the first time with all the extant manuscripts.