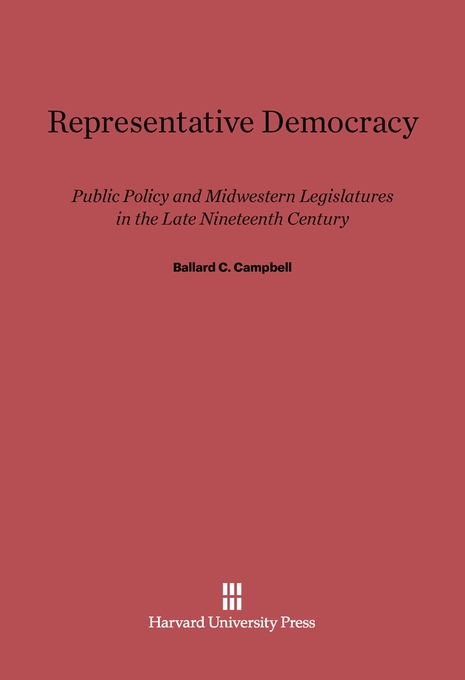 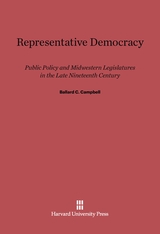 Public Policy and Midwestern Legislatures in the Late Nineteenth Century

The rise of an immensely powerful federal government in the twentieth century has tended to obscure the importance of state and local government in American history. Yet government at these lesser levels had the most direct and continuous effect on the lives of ordinary citizens. Through an analysis of late-nineteenth-century state legislatures in Illinois, Iowa, and Wisconsin, Ballard Campbell has written what one expert has called “the best book on legislative politics, past or present.” The period he examines was one of rapid change and great challenge. Urbanization, industrialization, and increasing national integration forced innumerable difficult and important decisions on state legislators. Campbell is sensitive to these stresses on law-making, and skillfully analyzes the interplay between personal and constituent factors that affected lawmakers.

The author differentiates clearly between local and general aspects of state policymaking, giving full consideration to its more subjective and idiosyncratic elements. His comparison of partisan, economic, urban, ethnocultural, and regional influences on legislative behavior will serve as a model for all future studies.

By closely examining the substantive dimension of the governmental process and its relation to mass politics, Representative Democracy advances “the new political history.” Campbell’s discussion of legislative composition and procedure, the content and context of contested issues, and responses to these issues challenges numerous stereotypes about American state legislatures.