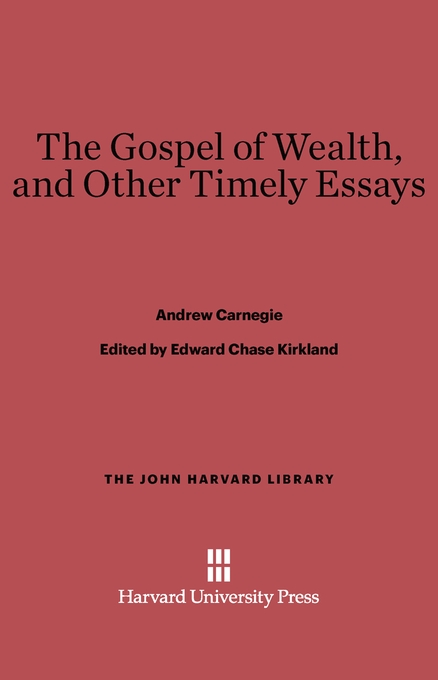 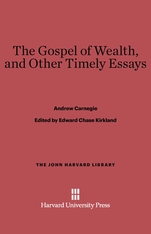 The Gospel of Wealth, and Other Timely Essays

Issued as a book in 1900, The Gospel of Wealth exemplified business thought and leadership in the age of the Robber Barons. Andrew Carnegie’s essays, published both in England and America, illustrated the progressive businessman’s concern with international affairs and American imperialism; his book provided perhaps the most influential social-economic justification for American capitalistic philanthropy; and, unlike many theorists, Carnegie lived up to his doctrines. The magnitude of later American philanthropy received a great impetus from his ideas and his life.