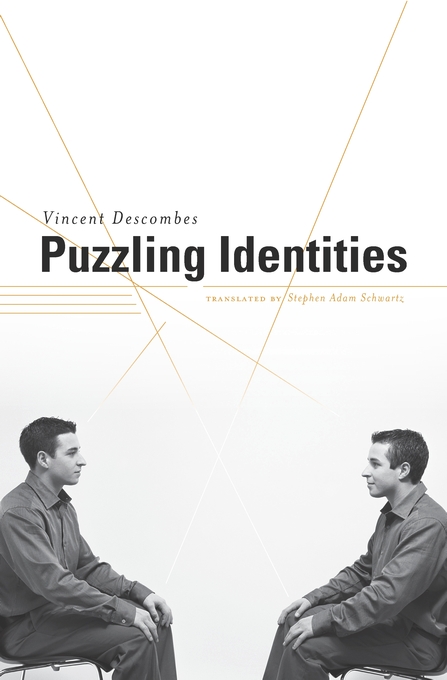 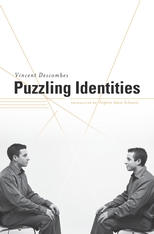 As a logical concept, identity refers to one and the same thing. So why, Vincent Descombes asks, do we routinely use “identity” to describe the feelings associated with membership in a number of different communities, as when we speak of our ethnic identity and religious identity? And how can we ascribe the same “identity” to more than one individual in a group? In Puzzling Identities, one of the leading figures in French philosophy seeks to bridge the abyss between the logical meaning of identity and the psychological sense of “being oneself.”

Bringing together an analytic conception of identity derived from Gottlob Frege with a psychosocial understanding stemming from Erik Erikson, Descombes contrasts a rigorously philosophical notion of identity with ideas of collective identity that have become crucial in contemporary cultural and political discourse. He returns to an argument of ancient Greek philosophy about the impossibility of change for a material individual. Distinguishing between reflexive and expressive views of “being oneself,” he shows the connections between subjective identity and one’s life and achievements. We form profound attachments to the particular communities by which we define ourselves. At the same time, becoming oneself as a modern individual requires a process of disembedding oneself from one’s social milieu. This is how undergoing a crisis of identity while coming of age has become for us a normal stage in human life.

Puzzling Identities demonstrates why a person has more than one answer to the essential question “Who am I?”