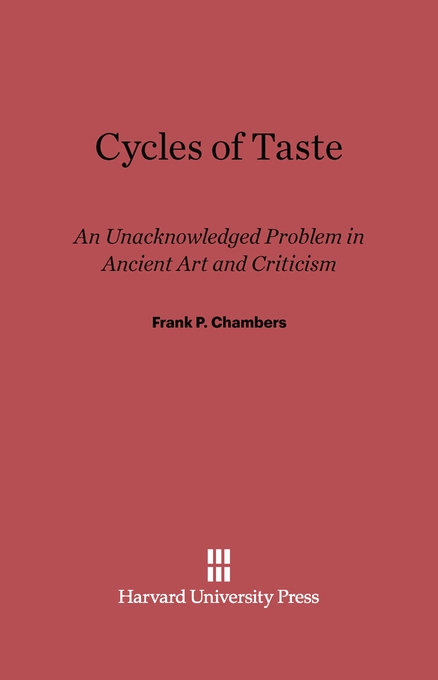 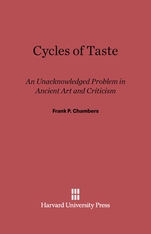 An Unacknowledged Problem in Ancient Art and Criticism

Frank Chambers begins his essay with the assumption that not in the controversies of modern scholars and art critics can a working theory of ancient aesthetics be discovered but in ancient literature itself. He believes that, from the early descriptions of armor and architecture in the Homeric poems up to the meditations of Plotinus and the later Latin authors, there is a continuous record of the Classical Taste. Briefly, he seeks to answer the question: What had Antiquity to say of its own arts and artists? His policy from first to last is that only by allowing the ancients to speak for themselves can a reliable estimate of their thoughts and feelings be made.