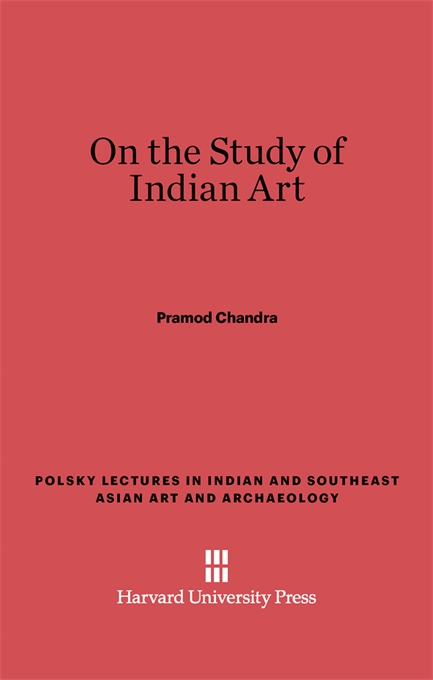 On the Study of Indian Art

Serious study of the art of India began only in the nineteenth century. This small volume provides a masterly overview of the scholarship of the past century and a half.

Pramod Chandra’s purpose is twofold: to help present-day students understand their scholarly heritage, and to encourage them to re-examine their own methods and assumptions. His histographical approach enables him to pay tribute to the great achievements of the pioneers in the field and also to notice the manner in which errors of fact and method have crept into some of the contemporary thinking and writing on the subject. Rather than attempt to discuss the writings of every scholar of note, he restricts himself to a few whose work, in his opinion, clearly represents the various stages of the development of the discipline. In analyzing their contributions, he concentrates on the broad methodological thrust of their work and not on the details of their conclusions.

The study of architecture is considered first, because it was regarded by the ancient Indians as the most important of the visual arts and was the earliest of the arts to receive careful, analytic treatment in modern times. Sculpture is taken up second, and last the study of Indian painting, the area in which the most remarkable progress has been made in the last twenty-five years. In the course of the discussion many topics of broad interest are touched upon, including the relation of art history to the other disciplines, problems presented by various methods of classification, iconography and iconology, the relevance of style, the meaning of form, and the connection between artists and patrons.