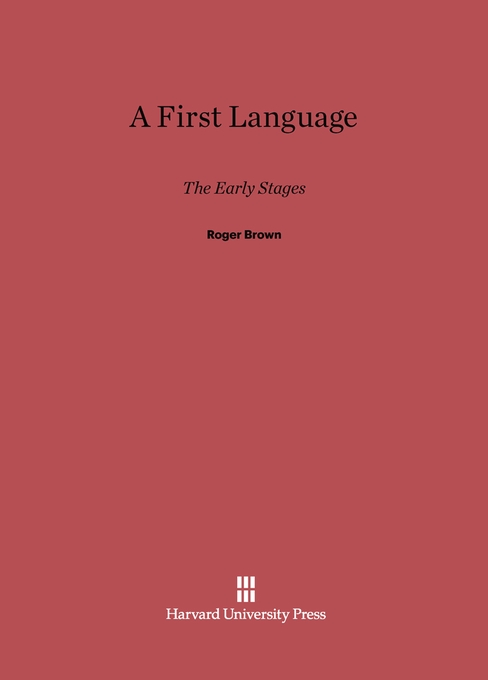 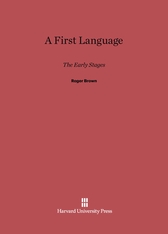 For many years, Roger Brown and his colleagues have studied the developing language of pre-school children—the language that ultimately will permit them to understand themselves and the world around them. This longitudinal research project records the conversational performances of three children, studying both semantic and grammatical aspects of their language development.

These core findings are related to recent work in psychology and linguistics—and especially to studies of the acquisition of languages other than English, including Finnish, German, Korean, and Samoan. Roger Brown has written the most exhaustive and searching analysis yet undertaken of the early stages of grammatical constructions and the meanings they convey.

The five stages of linguistic development Brown establishes are measured not by chronological age—since children vary greatly in the speed at which their speech develops—but by mean length of utterance. This volume treats the first two stages.

Stage I is the threshold of syntax, when children begin to combine words to make sentences. These sentences, Brown shows, are always limited to the same small set of semantic relations: nomination, recurrence, disappearance, attribution, possession, agency, and a few others. Stage II is concerned with the modulations of basic structural meanings—modulations for number, time, aspect, specificity—through the gradual acquisition of grammatical morphemes such as inflections, prepositions, articles, and case markers. Fourteen morphemes are studied in depth and it is shown that the order of their acquisition is almost identical across children and is predicted by their relative semantic and grammatical complexity.

It is, ultimately, the intent of this work to focus on the nature and development of knowledge: knowledge concerning grammar and the meanings coded by grammar; knowledge inferred from performance, from sentences and the settings in which they are spoken, and from signs of comprehension or incomprehension of sentences.