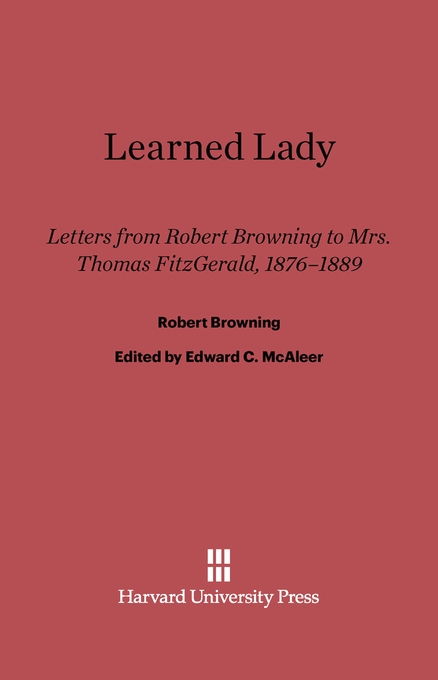 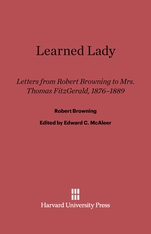 In reproducing sixty-six letters in the Carl H. Pforzheimer Library, plus eight letters or portions of letters previously published, this book offers one of the best sources available for the last fourteen years of Robert Browning’s life.

Written to a dear friend who was also a “learned lady,” the letters deal with Browning’s poetry, his social life, and his friendships. They also give some of his views on the nature of poetry, of art, and of religion. The editor’s introduction offers the reader a view of Mrs. Fitzgerald and her family, of the social background with which many of the letters are concerned, and of Browning, his sister, and his son.

Notes clarify the many allusions that appear in the letters. An appendix by Marcelle Thiébaux includes careful bibliographical descriptions of the manuscripts and a classified list of the writing paper Browning used, information which should enable future editors to assign at least approximate dates to some of the letters Browning himself left undated.