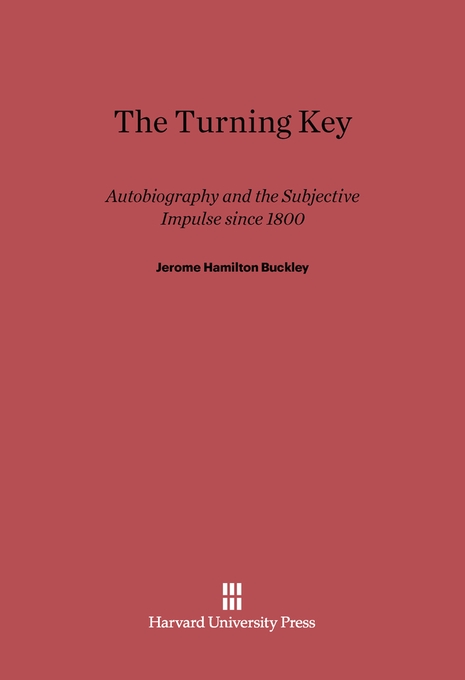 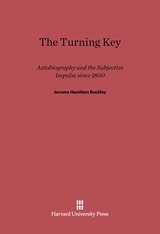 Autobiography and the Subjective Impulse since 1800

A noted scholar considers here a broad range of English autobiographical writing since 1800. Jerome Hamilton Buckley discusses not only autobiographies proper but also novels and poems animated by the subjective impulse. Drawing from time to time on American and Continental European writers, he focuses on British autobiographers, especially those, like Wordsworth, concerned with a larger psychological or spiritual dimension to their personal experience. With economy and grace, he examines the work of Darwin, Ruskin, Mill, Newman, C. S. Lewis, Bertrand Russell, and Edwin Muir. He discusses also the roleplaying and self-creation of Oscar Wilde, George Moore, Edmund Gosse, and Henry Adams. Variations in the autobiographical novel are described, with special attention to Dickens, George Eliot, Lawrence, and Joyce. Buckley concludes by exploring the differences between the principal Victorian poets and the confessional poets of today in their attitudes toward subjectivity.

Buckley reaffirms traditional notions—that the self exists and persists through its vicissitudes, that autobiography, for the most part, reflects or represents a pre-existing self rather than creating it, and that the self is rooted in history and in the objective social and physical world. No other book has attempted to place autobiography in a similar perspective, and none combines analysis of specific autobiographies with a regard for the function of subjectivity and a concern for its cultural consequences.