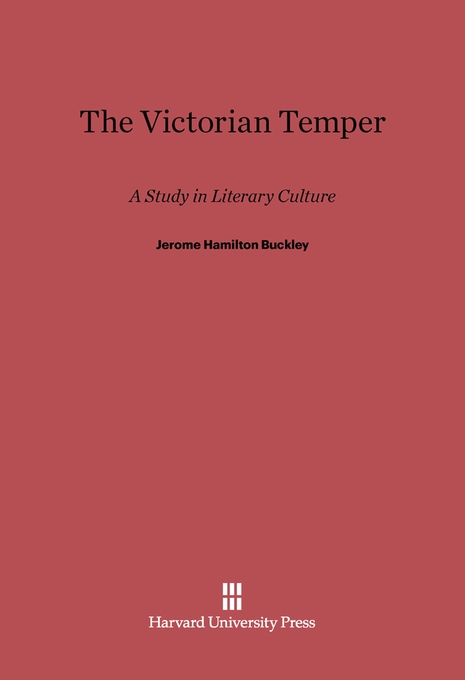 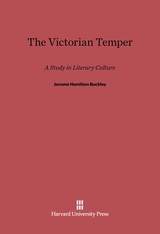 A Study in Literary Culture

The literary scene in nineteenth-century England was crowded and active, with movements, leagues, and coteries which included not only the accepted major artists but many an important figure underestimated today and many an oddity now forgotten. What they were all talking and writing about, the impulses that prompted their ideas and standards, the forces that shaped their creative expression—this, the Victorian temper, is Jerome Buckley’s main concern.

The book is a study of English writers, schools, and tastes from 1830 to 1900. Its unity is that of the Victorian period itself: of a continuing adaptation to new values as old traditions crumbled. The Victorians moved from form to form, and nothing stood. Almost every thesis produced its own antithesis. And whenever artist or philosopher was betrayed by the intensity of his conviction, Victorian parody served to restore a lost perspective. For, as Buckley shows, there was until late in Victoria’s reign an urgent desire for cultural synthesis; his book provides a thorough study of this “moral aesthetic,” its rise and decline, and its relation to a variable climate of opinion and emotion. By tracing the trends of poetry and prose and the parallel developments in the graphic and plastic arts, by charting the currents of taste and fashion, and by giving new vitality to the men, great and small, who spoke for their age, Buckley provides a full picture of the Victorian scene.