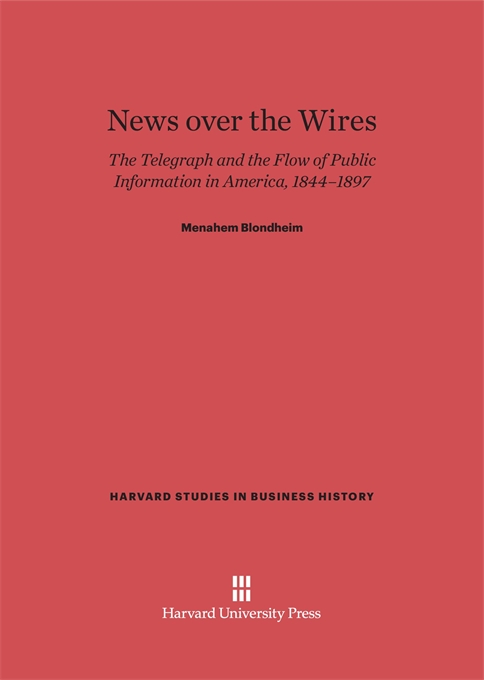 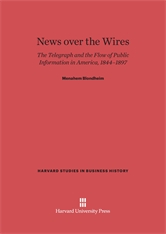 News over the Wires

The Telegraph and the Flow of Public Information in America, 1844-1897

News over the Wires tells the story of the development of the news wire service as a business operation strategically positioned between the telegraph industry and the press. This unique history of telegraphic news gathering and news flow evaluates the effect of the innovative technology on the evolution of the concept of news and journalistic practices. It also addresses problems of technological innovation and diffusion. Menahem Blondheim’s main concern, however, is the development of oligopoly in business and the control revolution in American society. He traces the discovery of timely news as a commodity, presenting a lively and detailed account of the emergence of the New York Associated Press (AP) as the first private sector national monopoly in the United States and Western Union as the first industrial one.

The book assembles, in a narrative parade of compelling personalities and colorful episodes, a wide-ranging body of primary sources, many of them previously untapped. It reconstructs the career of AP’s maverick manager, Daniel H. Craig, and highlights his achievements as one of the most creative and effective, if least appreciated, of America’s great system builders. The Associated Press and Western Union provide a novel perspective on processes of modernization and national integration in America. News over the Wires demonstrates the significance of the monopolistic structure of the news business and its important impact on economic development, on the political process, and on social integration in general.