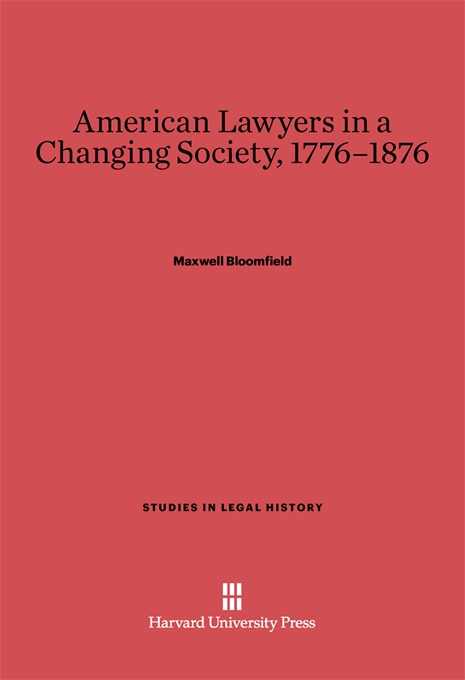 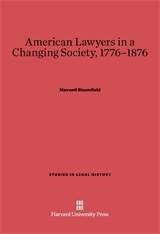 Through a series of wide-ranging topical essays, Maxwell Bloomfield’s gracefully written volume chronicles individual lawyers and their interaction with the law and society, the law as it related to society and social institutions at given times, and the changing nature of law and the practice of law. In particular, it assesses the methods by which the legal profession adapted itself to the demands of a mass democratic society during the first century of American independence.

Interspersing biography with social history, Bloomfield reviews the influence the bench and the bar wielded over the public and the restraints that the norms of society imposed on the thinking and actions of judges and lawyers. Individual chapters recount the responses of representative, but largely forgotten, legal practitioners to major social crises such as revolution, the slavery question, and urban riots. Together with these case studies are essays that probe broader themes and movements, such as the codification controversy of the 1820s and—most outstandingly—the image of the legal profession in antebellum literature.

Unlike previous studies, which have regarded the era of Jacksonian Democracy as a time of “degradation” for the American bar, American Lawyers in a Changing Society employs fresh data to establish a contrary thesis: that an open-door policy of recruitment and admissions enhanced popular respect for the legal system while ensuring that the complex needs of a dynamic economy would be served by practitioners from all social levels.