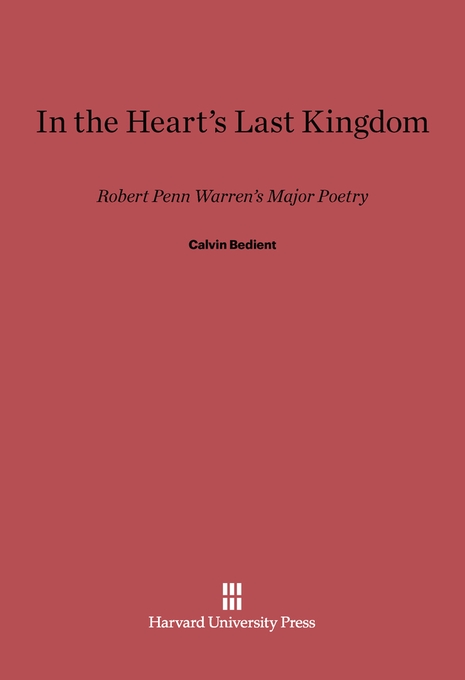 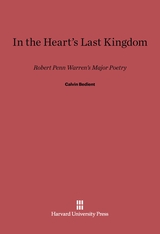 In the Heart’s Last Kingdom

In the long poem Audubon (1969) Robert Penn Warren, in his mid-sixties, found his authentic poetic voice and persona. No longer merely a good poet, from then on he has been in his best work a great one. So argues Calvin Bedient in this eloquent and persuasive book.

Bedient, like Warren himself, regards criticism as properly a creative act. He captures the forces that energize the major poetry—Warren’s craving for experience, action, beauty, magnificence, his love of the natural world, his quest for self-knowledge, his hunger for truth and glory. For Bedient, Warren is that rare thing, a poet of tragic joy. Singling out the poems that rank in his judgment as masterpieces, he explores their psychological and metaphysical nuances and probes the sources of their power.

Vision and voice are inseparable, and Bedient gives appreciative attention to the poet’s language, his style, syntax, and diction, including details of prosody such as pauses, line breaks, and wrenchings of meter. Both through illustrative examples and in the context of his readings of individual works, he identifies the distinctive characteristics of Warren’s mature verse. In this book as in his last, Eight Contemporary Poets, which was nominated for a National Book Award, Bedient writes about poetry with rare insight and sensitivity.