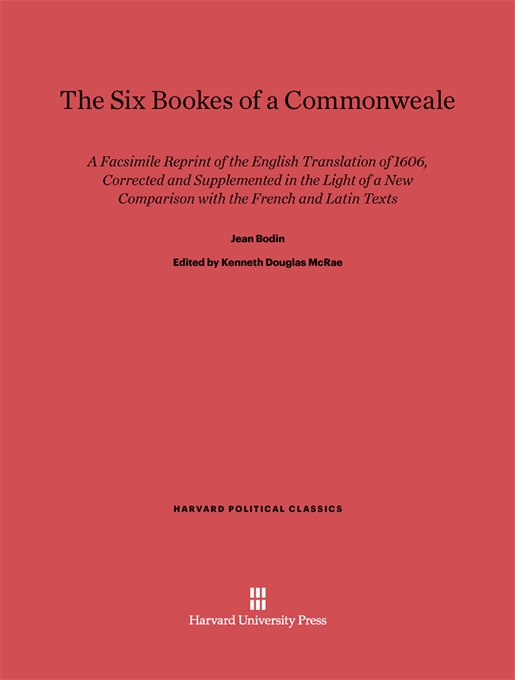 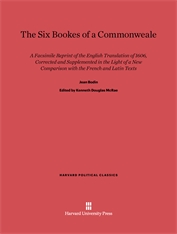 The Six Bookes of a Commonweale

A Facsimile Reprint of the English Translation of 1606, Corrected and Supplemented in the Light of a New Comparison with the French and Latin Texts

The only complete English translation of Jean Bodin’s work, a legal and political landmark influential since its appearance in 1576. Its doctrine of sovereignty has shaped most later thinking on political authority. Here is Richard Knolles’ text, reproduced in facsimile, with annotations comparing the French and Latin editions, and an extensive introduction discussing Bodin’s life, thought, and impact on seventeenth-century English political theory, as well as the contribution of Knolles. There are a full bibliography of the Six Bookes and notes.